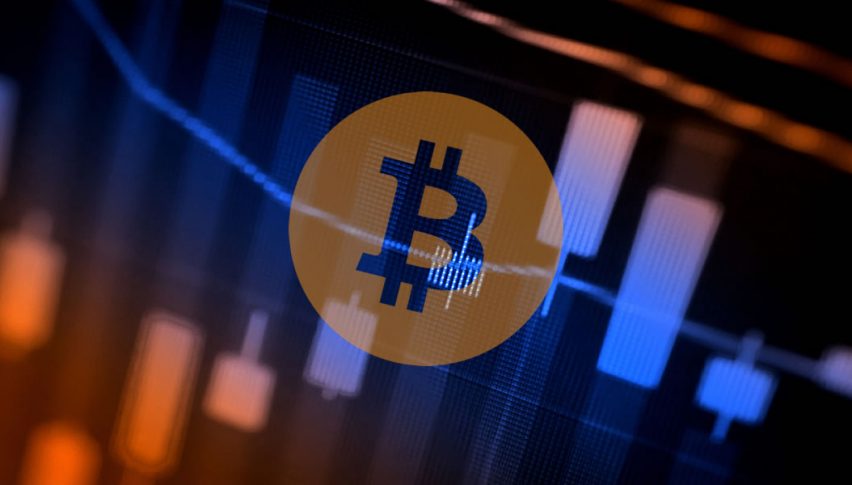 Forex Signals US Session Brief, October 15 – Mixed US Retail Sales and Some Upside Action in Bitcoin

The jump finally came for Bitcoin from an unconventional direction

Today, the day started with some nice price action in cryptocurrencies. They made an impressive jump with Bitcoin climbing $600 higher in less than an hour, although they have given back half the gains now and Bitcoin is trading at $6,300 now, down from $6,700 this morning.

The reason for this decline is the decline in Tether. The Hong Kong based cryptocurrency is supposed to be pegged to the USD and the issuing company has promised that all coins are backed by fiat money. But, Tether continued to decline and when it broke below 1:1 with the USD, the market just dumped it and it fell to 85 cents. The cash that was released from selling Tether flew into other cryptocurrencies, hence the jump in major cryptos.

Another major event today was the release of the US retail sales report. At first glance, this report looked pretty bad. The headline retail sales number was set to increase by 0.7% this month, but it only increased by 0.1%. Core retail sales which leave out Autos declined by 0.1%. while they were expected to increase by 0.4%. But, sales of the control group increased by 0.5%. So, that saved the USD today. The sentiment in the stock markets remains negative by the way.

Irish Don’t Want A Time-Limited Backstop – The Foreign Minister of Ireland Simon Conevey said this morning that the backstop on the Irish border should not be time-limited, as insurance for Ireland. But, UK cabinet Ministers made it clear last week that there has to be a time limit on the backstop so I don’t think there will be a deal at all.

CHF PPI – Producer price index (PPI) inflation was expected to increase by 0.1% this month after falling flat last month. But, it declined by 0.2% instead.

Eurozone Core Inflation Disappointing for Rehn – ECB member Olli Rehn didn’t like the decline in core inflation last month, from 1.0% to 0.9%. He added that the ECB doesn’t take into account political situation. Really? That would be stupid.

EU Is Preparing for No-Deal Brexit – The EU spokesperson said today that the chances for a Brexit deal in this week’s summit are slim. The European Commission is preparing contingency work for a no deal scenario. So, there won’t be a Brexit deal then.

Italian Budget Approval Gets Postponed for Tuesday – The approval of the 2019 budget plan is postponed for tomorrow as tensions grow between Italian government coalition members regarding the tax amnesty. They are having a meeting now so maybe they will reach an accord.

Theresa May Trying to Look Optimistic – Theresa May’s spokesperson said a while ago that the Prime Minister is confident to get a Brexit deal in the next few weeks. Progress has been made but the Irish border issue still remains. Members of the Parliament are pushing her to dump the Chequers plan which she holds dear, so no Brexit deal for me.

Mixed Retail Sales – US retail sales posted a very weak number, growing by 0.1% while expectations were for 0.7%. Core retail sales were expected to grow by 0.4% but they declined by 0.1%. But sales in the control group increased by 0.5% which held the Dollar afloat.

Form Turkey to Saudi Arabia – The situation with the US pastor in Turkey is now resolved peacefully, thank God. But another issue has arisen, that of the killing and smuggling out of the Saudi embassy in Turkey of Jamal Khashoggi who is a reporter who would oppose the Saudi King. Trump has sent Pompeo to talk to the King but from all accounts, the reporter has been murdered, cut to pieces and then smuggled out of the embassy. Will we see trouble with the Saudi economy in the weeks to come like in Turkey? Turkish police said they have audio of the reporter being killed inside the embassy.

Canadian Existing Home Sales – Existing home sales declined by 0.4% in September in Canada against 0% expected. This is the first decline since April.

US Business Inventories for August – Business inventories grew by 0.5% in August as expected. This should increase the GDP reading for Q3 when it gets released.

US Economy Can’t grow by 3% For Yellen – Ex FED chair Janet Yellen said a while ago that it is terrific that the economic growth stays at around 3% for the year, but she doesn’t think that it will last. She also said that the FED should keep hiking rates until neutral. 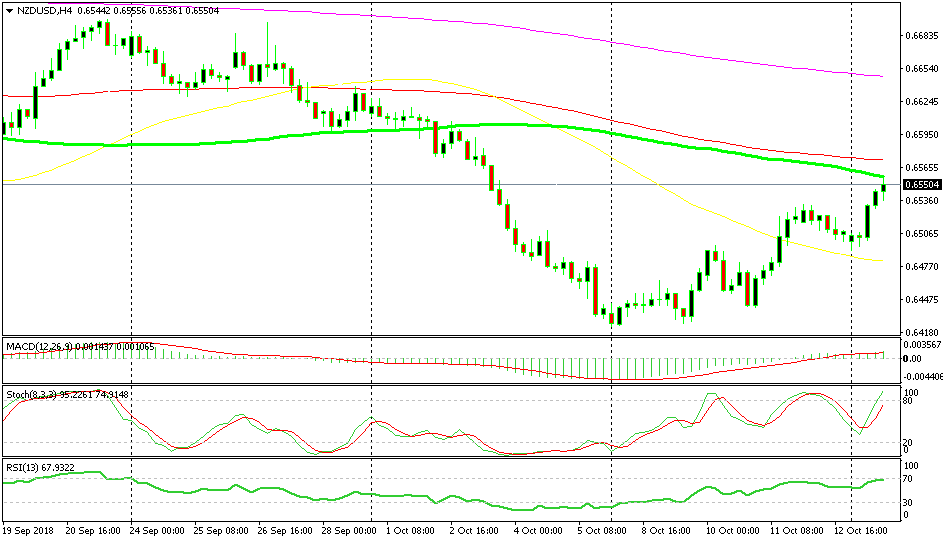 The 100 SMA is providing resistance

NZD/USD has been moving higher in the last several trading days, but this is just a retrace of the bigger trend which is still bearish. The retrace seems complete on the H4 chart now as the stochastic indicator is overbought on this timeframe. Besides that, the 100 SMA (green) is providing resistance on the top side, so it looks like a good opportunity to go short on NZD/USD.

The weakness in the USD continued further today during the European session, but in the US session, the USD showed some signs of life as it resisted the negative headline number of the retail sales report. This might as well be the end of the USD retrace, so be prepared to see a bullish turnaround in the coming session.