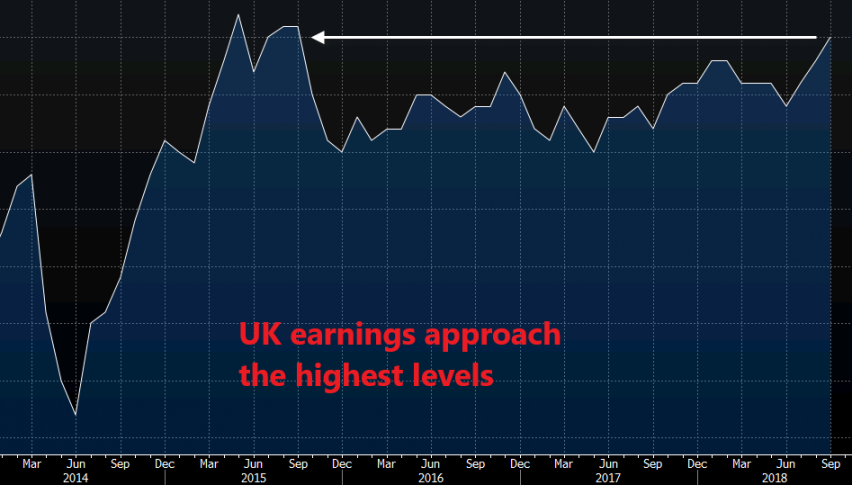 The earnings report from the UK today was quite impressive. The average endings index headline increased to 3% 3M/Y as expected from 2.7% last month. This is the third increase in a row and it is quite a jump worth 0.3%, which is pretty decent for a month.

As you can see from the table above, the earnings excluding bonuses increased by 3.2% against 3.1% expected. With non-bonus earnings increasing by 0.2% faster than overall earnings which include bonuses, we can conclude that bonuses are decreasing, or, at best, have been small.

Bonuses in Britain mainly come from the financial and banking sector, so this means that financial firms are holding on for the time being, or at worst, they are taking flight abroad ahead of Brexit.