Forex Signals US Session Brief, November 14 – Finally, a Breakthrough in Brexit Negotiations but the Market Is Skeptical - Forex News by FX Leaders 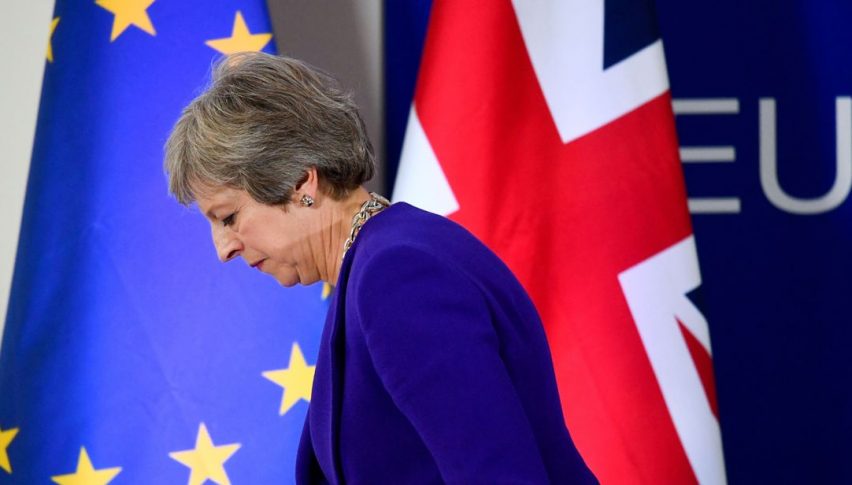 Forex Signals US Session Brief, November 14 – Finally, a Breakthrough in Brexit Negotiations but the Market Is Skeptical

Theresa May has had a really tough job, but she asked for it herself

The US Dollar has been on a bullish run for some time and it picked up more pace after the FOMC statement last Thursday. Although, yesterday we saw a pullback in USD. In fact, it started as a climb in GBP/USD as Brexit comments started coming out in the US session, but then it turned into a broad USD selloff.

If you have noticed, this has happened pretty often recently. When something changes fundamentally for a currency, it starts climbing against the USD and then all the other major currencies start climbing against the Buck, turning it into a USD selling frenzy. That is what happened during the US session yesterday and during some of the Asian session this morning.

So, back to Brexit, last evening many news portals started posting comments about a breakthrough in Brexit negotiations between Britain and the EU. It seems that both parties have agreed on a deal but it is still very confusing since the European Commission and UK government officials are not giving too many details away.

All the confusion is about the Irish border and the backstop. The DUP Party of Northern Ireland is skeptical out of fear that North Ireland might fall under Dublin more than under London, although May is trying to calm the British Parliament down today. So, it is not clear whether the deal will pass the vote in the parliament. As a result, GBP/USD has slipped lower again today. On another note, the Italians have handed out the budget for 2019 barely revised and the EU will take about a week to answer to that. 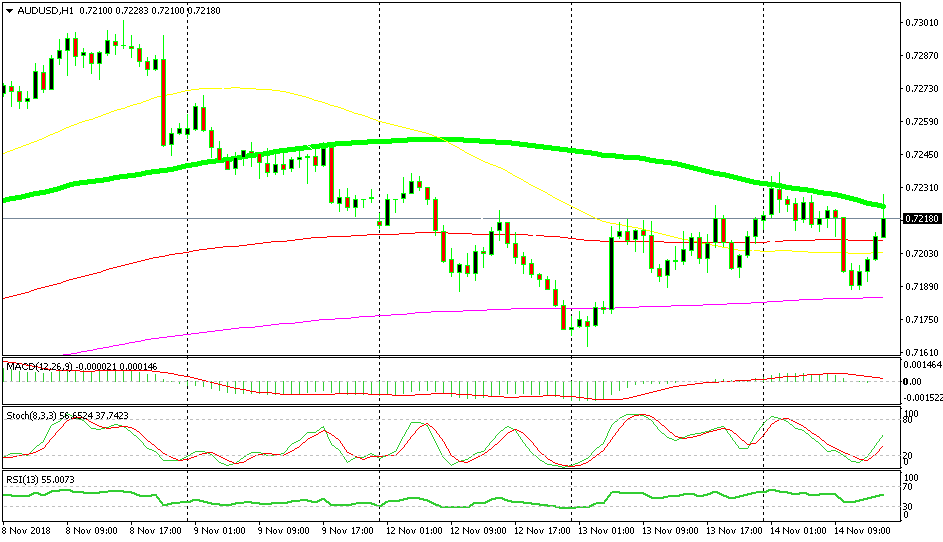 We just opened a sell forex signal in AUD/USD. This pair turned bearish last week after the FOMC statement and it has been sliding lower since then. We saw a retrace higher yesterday and again today, but the 100 SMA (green) provided solid resistance. Now, the stochastic is almost overbought so the retrace is almost complete and the US CPI report was positive, which should support the USD.

So, we finally have a Brexit deal but it is not over yet. It has to go through the parliament first and it seems pretty difficult for Theresa May to get the votes she needs. The US CPI inflation report was positive today, which should keep the FED hawkish on interest rates.