What Caused the Quick Decline in Bitcoin and the Cryptocurrency Market This Week? - Forex News by FX Leaders 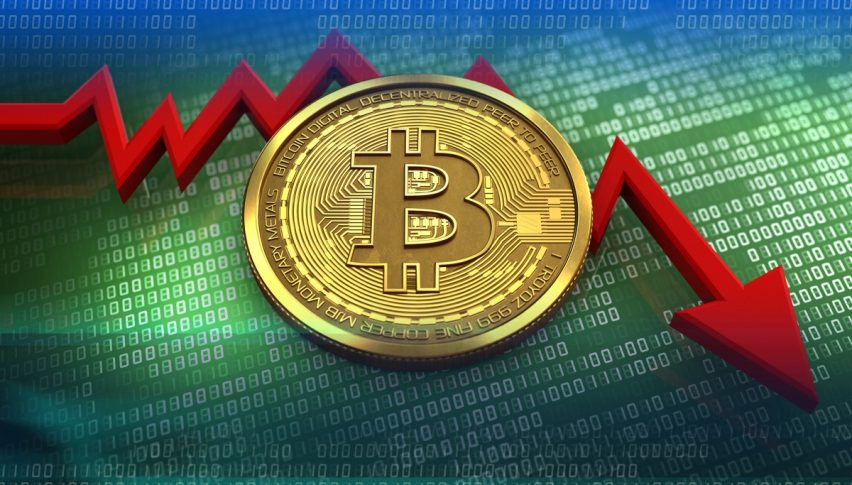 What Caused the Quick Decline in Bitcoin and the Cryptocurrency Market This Week?

Bitcoin broke below the major support level at $5,000 this week

The volatility in Bitcoin and other major crytpocurrencies has been diminishing lately. The price action of the last few months has only been a shadow of what we saw late last year and at the beginning of this year, particularly in the last two years. In the last two months since September, the range has been only a few hundred dollars. That was a bit strange and suspicious. Bitcoin had formed a major support zone around the $6,000 level with a buffer area stretching $200 above and below, from $5,800 to $6,200.

But now, Bitcoin has made a relatively big move, losing more than $1,000 in just two days on Wednesday and Thursday. What could be the reason for this sudden decline? Well, there are a few possible reasons, so let’s have a look at the options. 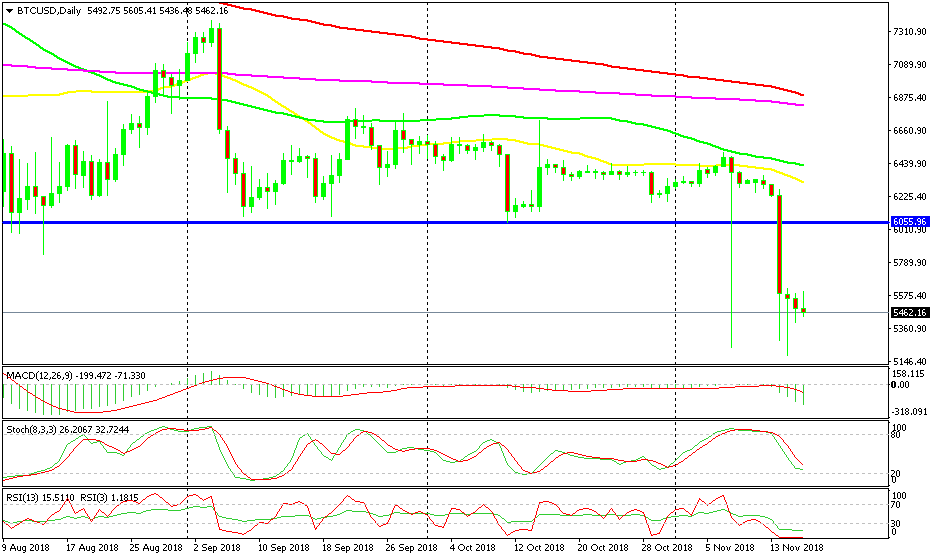 Bitcoin finally broke below the support level. Note the spike lower several days earlier, that is a present from my broker, because Bitcoin didn’t really dive that day

So, as you can see, there are a number of reasons for the decline in major cryptocurrencies which was led by Bitcoin. Bitcoin lost nearly 20% of the value in those two days, while Ethereum lost around 25% of its value. The entire value that was lost in the digital market was around $20 billion.

Bitcoin and other major cryptos closed Thursday with a pin candlestick which is a reversing signal. That increased hopes that altcoins would recuperate the losses and get back to the range of recent months, but we haven’t seen a follow up of that pin candlestick in the price action during the last few days.

So, now we might see a new range for altcoins which in Bitcoin might be between $5,600 and $5,000. We will follow the price action in cryptocurrencies in the coming days and perhaps get a trade on Bitcoin.