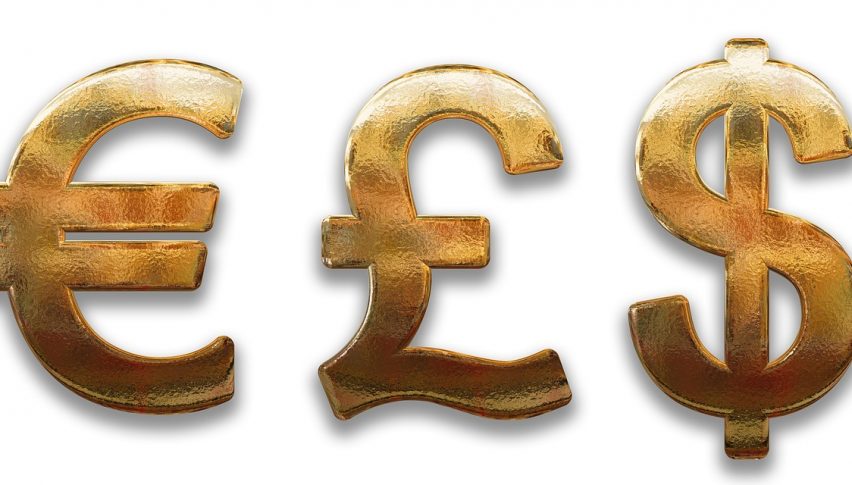 The US dollar declined after a prime Federal Reserve official stated the interest rates are near a neutral rate, while continued risk over Brexit overtakes the currency. Fundamentally, the coming week isn’t offering any major economic event which has the potential to drive big movements in the dollar. Which is why I would like us to turn the focus on the technical side. The only economic event worth looking at is Core Durable Goods Orders.

Core Durable Goods Orders m/m – On Wednesday, the data is due at 13:30 (GMT). Good news is that US retail sales are expected to rise by 0.4% which is way higher than 0% in Oct. For the newbies, it’s a change in the total value of new purchase orders placed with manufacturers for durable goods, excluding transportation items. It’s a leading indicator of production – rising purchase orders signal that manufacturers will increase activity as they work to fill the orders. 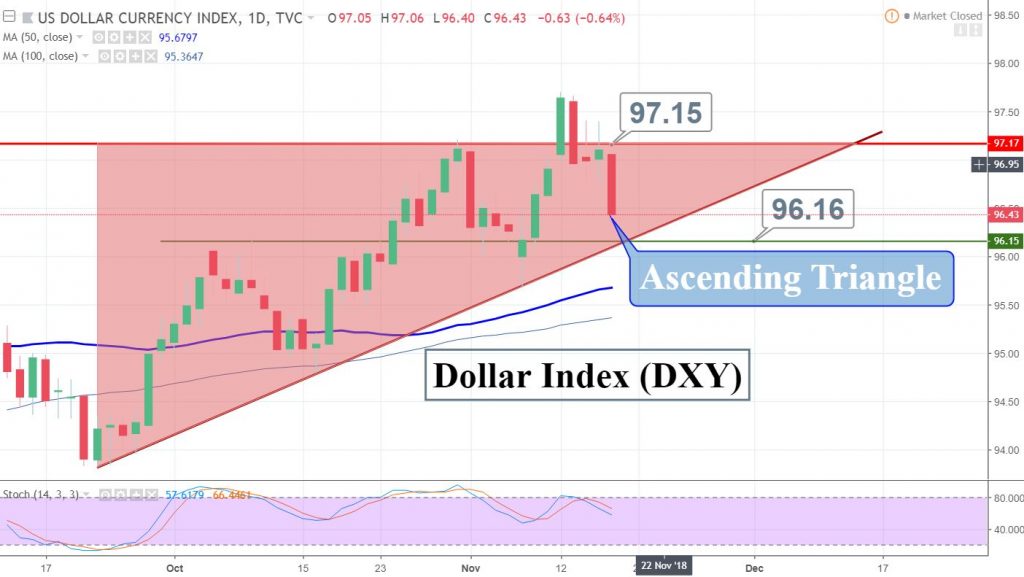 EUR/USD – Bullish Engulfing on Weekly, is it Pointing Reversal?

The single currency Euro has started getting stronger on the weaker dollar. The side effects of the trade war discussions are overshadowing Italy’s debt crisis. As reported by the CNBC, “President Donald Trump gave the market a boost Friday when he said he was hopeful that US and China would strike a deal on trade, a major focus for stocks. But White House officials later downplayed his comments and said there were no signs of a deal coming soon.”

Technically, the EUR/USD traded bullish at $1.1415 after placing a low below $1.1215. It has formed a sort of a bullish engulfing or a hammer pattern which is followed by a strong bearish trend. Typically, these sort of patterns often reverse the trends. 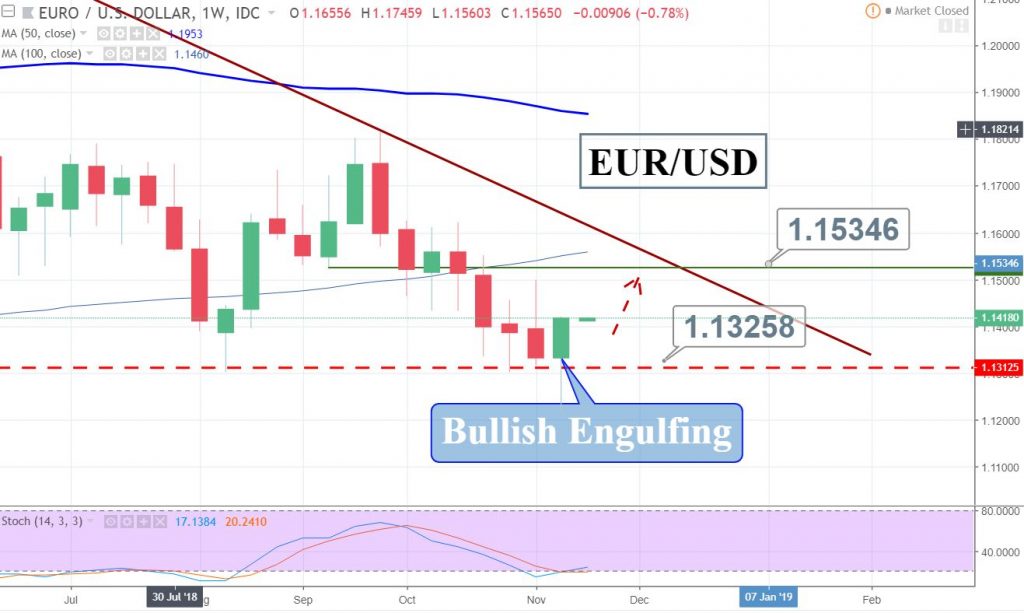 Potential Economic Events to Impact on Friday – The European economy is due to release a series of economic events which include:

GBP/USD – Uncertainty Over Brexit Knocks Down the Sterling

The British Pound strived to stabilize itself after having suffered a turbulent slide on Thursday. Investors fearing political turbulence in the country could see it tumble out of the European Union without a divorce deal. The sell-off got serious after the resignation of key ministers from her UK government, intensifying pressure for UK Prime Minister Theresa May.

On the 4-hour chart, the cable took a bullish turn to test the 20 periods EMA at $1.3035, but it failed to give us a bullish crossover. This signifies uncertainty regarding the bullish reversal in the pair. It’s a fundamentally driven week, and we can’t determine much based upon the technicals. 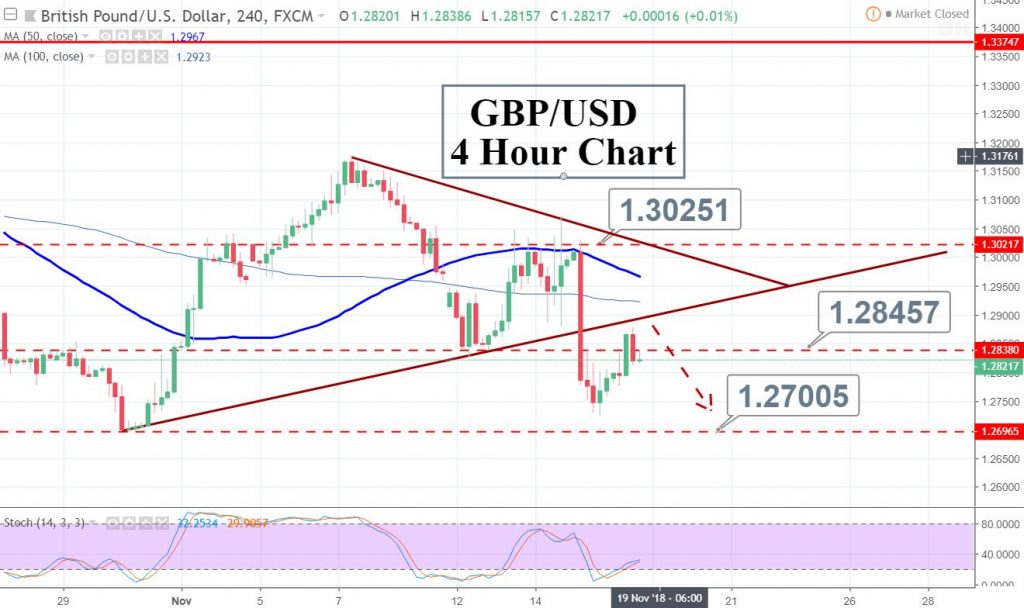 Inflation Report Hearings – On Tuesday at 10:00, the Governor and the MPC (Monitory Policy Committee) are gonna testify on the inflation report before the Parliament. The hearings are a few hours in length and can create market volatility for the duration. Especially noted are the direct comments made about the currency markets.

Let us recall, the UK’s inflation rate is still in the range, but this month, it fell from 2.5% to 2.4%. All we need is to see what they are expecting in the future.

EUR/USD Resumes the Downtrend, Even After the Rebound in the German Economy
3 days ago