Long on EUR/CHF at the 200 SMA, But It Bounces Between 2 MAs - Forex News by FX Leaders 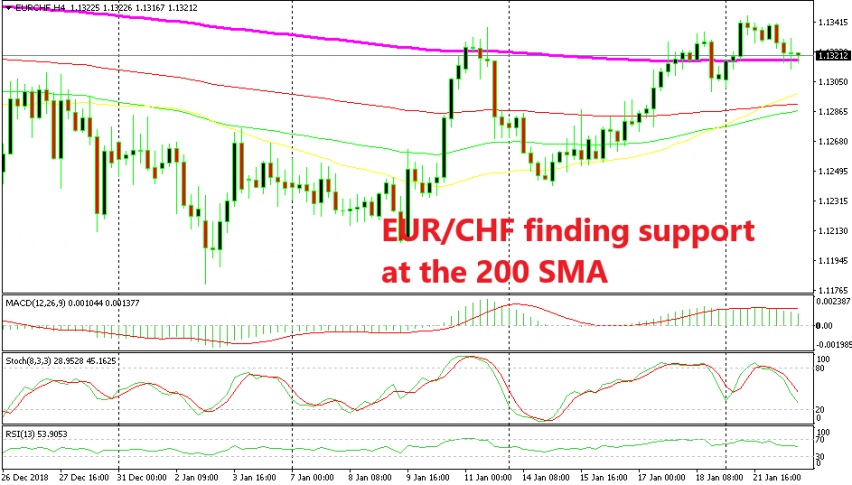 Long on EUR/CHF at the 200 SMA, But It Bounces Between 2 MAs

Still waiting for the bullish trend to resume

We went long on EUR/CHF a while ago as this pair was retracing lower after trading on a bullish trend for a couple of weeks. I was looking at the H4 chart which gave me the initiation to start trading this pair, so I decided to open a buy trade here. Looking at the H4 chart above, this pair was reversing lower during the Asian and the European session today as the market sentient deteriorated. Safe havens attract demand when the sentiment turns negative, that’s why this pair was retracing lower today as the CHF strengthened.

But, the 200 SMA has been providing resistance for this pair earlier. Now, this indicator seems to have turned into support as they usually do. Besides, the previous H4 candlestick formed a doji right above the 200 SMA, which is a bullish reversing signal. Stochastic is not oversold yet, but it is close to the oversold area on its window, so the pullback is almost complete on this time-frame chart. 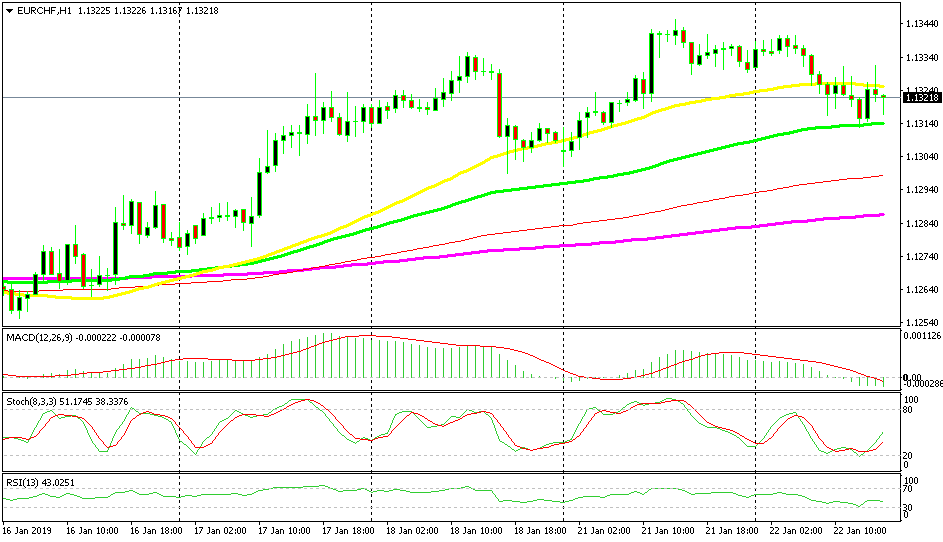 EUR/CHF is bouncing between 2 MAs on the H1 chart

But, I like to get confirmation from as many indicators in as many chart time-frames as possible, so I switched to the H1 chart. In this time-frame, EUR/CHF was finding support on the 100 SMA (green). Besides, the stochastic indicator was already oversold, so that was my trigger.

It didn’t take long and the bullish reversal began on this chart. EUR/CHF climbed around 15 pips higher, but it ran into the 50 SMA (yellow). This moving average has been providing support in the last two days, now it seems that it has turned into resistance. Well, let’s see if the buyers have enough strength in them to overcome the 50 SMA on the H1 chart and resume the uptrend.