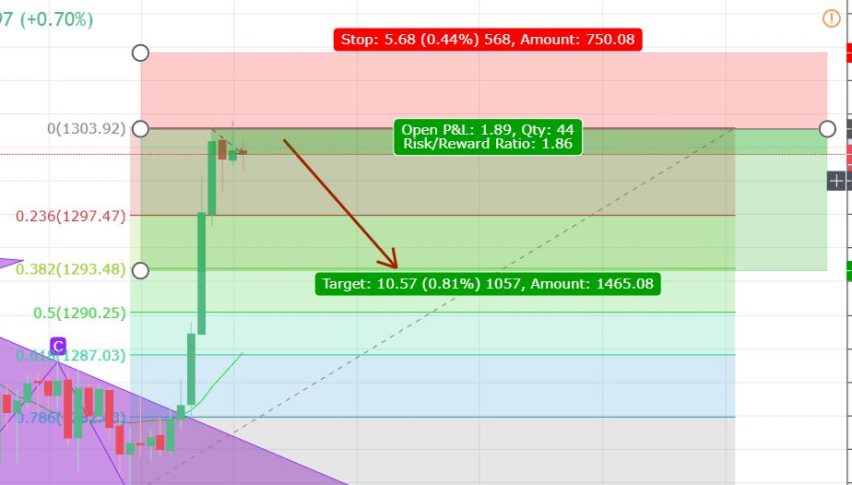 On Friday, the precious metal gold soared over 1% to cross above the psychological trading level of $1,300. The bullish trend in gold was triggered after a sell-off in the Greenback for two major reasons:

The US government has re-opened momentarily after the most prolonged shutdown in American history. It’s been closed for more than 35 days and has finally opened, but temporarily. Which is why we have a slightly bearish impact on gold today. We will explain the impact of US Government reopen in more detail in our next update.