The 50 SMA Comes Back to Life in S&P – Break or Retrace? - Forex News by FX Leaders 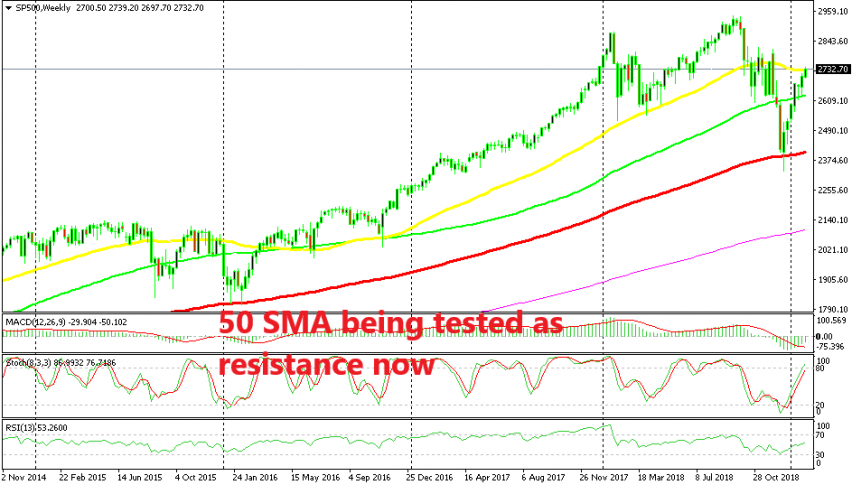 S&P has been on an uptrend for years but it made a bearish reversal in October last year with all other stock market indices as the sentiment turned negative. During the uptrend, the S&P has leaned on the 50 SMA(yellow) which has provided solid support apart from one time early in 2016 when the 100 SMA (red) took its place and reversed the decline.

The 50 SMA continued to provide support until late last year when a weakening world economy, trade war and Brexit turned risk assets upside down. The 50 SMA was broken once again in October and then it turned into resistance.

The decline resumed in December after bouncing between the 50 SMA and the 100 SMA (green) on the weekly chart. The 100 SMA got broken that month but the 100 smooth MA (red) held its ground once again and the reverse began.