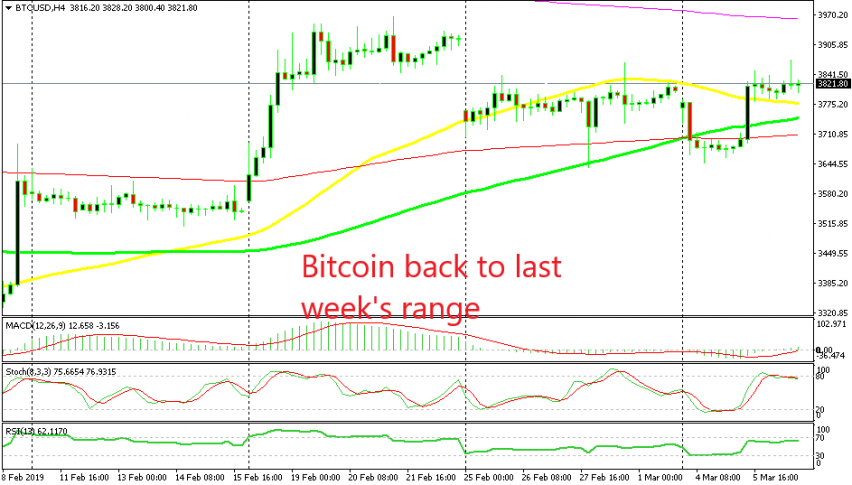 Bitcoin Settles at the Previous Range After the Jump Higher Yesterday

Bitcoin is in the middle of nowhere now

BITCOIN reversed down last week after failing to break above the $4,000 zone which has formed a resistance area around it. But, it didn’t continue to decline further; instead, it traded around the 50 SMA (yellow) which provided support at first, then turned into resistance.

Bitcoin traded around $3,700-800 last week and the next move down came on Monday which saw the price fall to $3,650. But, it seems that he sellers gave up and the buyers took advantage of that reversing Bitcoin and pushing it more than $100 higher from the lows.

Now, BITCOIN is trading once again in the region that it traded last week, around $3,700-800. The price has formed several doji and pin candlesticks which are bearish reversing signals, but the 50 SMA has turned into support again and it is not allowing the reversal to happen. So for now, the direction in Bitcoin is unclear. We’re still holding the long term sell signal.