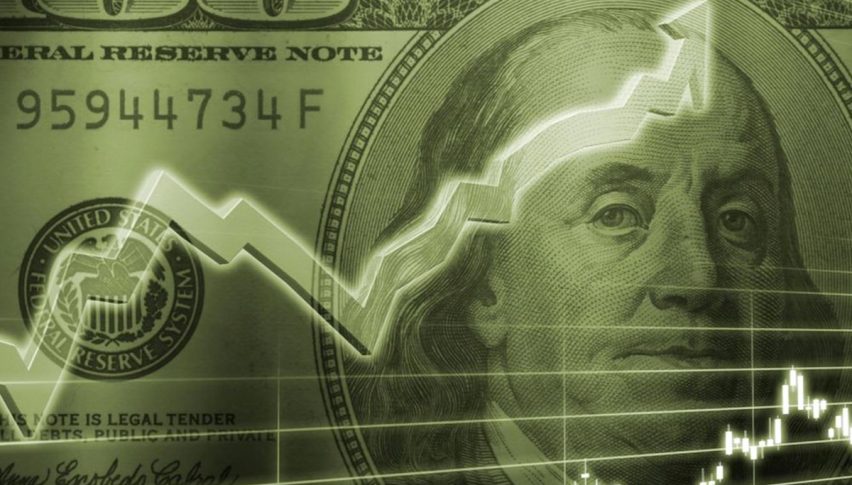 It's Good Start To February For The USD.

The US Dollar turned bearish last Friday after the US non-farm employment change figures came really soft. The unemployment rate lost two points and, most importantly, earnings increased by 0.4% in February, beating expectations. This is the second month earnings grew by 0.4% after they increased by 0.4% in December. Earnings have been the laggard during the economic expansion in the US since the 2008-9 crisis, but they seem to be moving in the right direction at the right pace now. Nonetheless, markets concentrated on the non-farm employment change and the USD has been on a downtrend the entire week.

Today though, situation seems to have changed, at least for the time being. The Buck has reversed higher and it has climbed around 50 pips across the board. The weaker industrial production from China which was released during the US session and the postponing of the Trump-Xi meeting beyond March seems to have dented the sentiment in financial markets and directed bids towards the USD. Although, safe havens are down as well, so this looks more like a USD move.

The Brexit saga seems to never end. The odds of extending the Article 50 once again are increasing and EU’s Donald Tusk has appealed to the EU27 countries to be open on a long extension if the UK needs to. Suggestions are that May will ask for a delay at the EU Summit next week and now odds of May’s deal passing with some more changes are increasing again. Crude Oil has also broken out of the 1-month range helped by Iraq which is asking for higher Oil prices and OPEC is urging Oil producers to not return to surplus this year. So much for Donald Trump’s tweet. 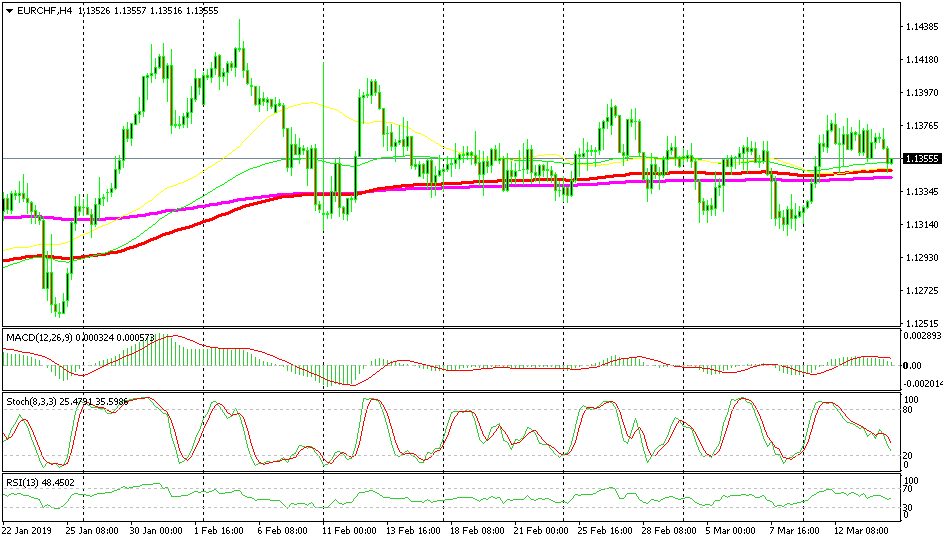 EUR/CHF turned hawkish at the beginning of this week from 1.13 lows and pushed higher to 1.1380s. We had a buy signal from last week which closed in profit on Monday. But, we see that today this pair is reversing back down which seems like a good opportunity for another buy trade. The stochastic indicator is almost oversold which means that the bearish move is almost complete on the H4 chart and the MSAs are providing support at 1.1340s. We also have another support area at 1.1330s, just in case. I will try to go long on this pair if the price slips to 1.1330s-40s soon.

The UK Parliament will vote on a number of amendments later today which will include the option of another Brexit referendum, so it will be interesting for GBP traders. After that, the Parliament will vote on another extension of Article 50. It will be messy for the GBP because an extension would relieve some nerves of a no-deal Brexit outcome, but it pushes uncertainty further down the road for businesses, so it’s a two-sided sword.

Is Oil Resuming the Uptrend or Is This Just A Retrace?
4 days ago