The EUR/USD currency pair tumbled over 100 pips in the wake of a stronger dollar. The single currency Euro is steady as the traders turn cautious heading into the flash manufacturing and services PMI releases from across the Euro area economies.

The thing is, crumbling Eurozone economy continues to remain the central concern for global markets amid continuing Brexit uncertainty.

EUR/USD is gaining support above $1.1341, the previous resistance level. The new 4-hour candle close is a bullish engulfing pattern which signifies a firm buying intention of investors. 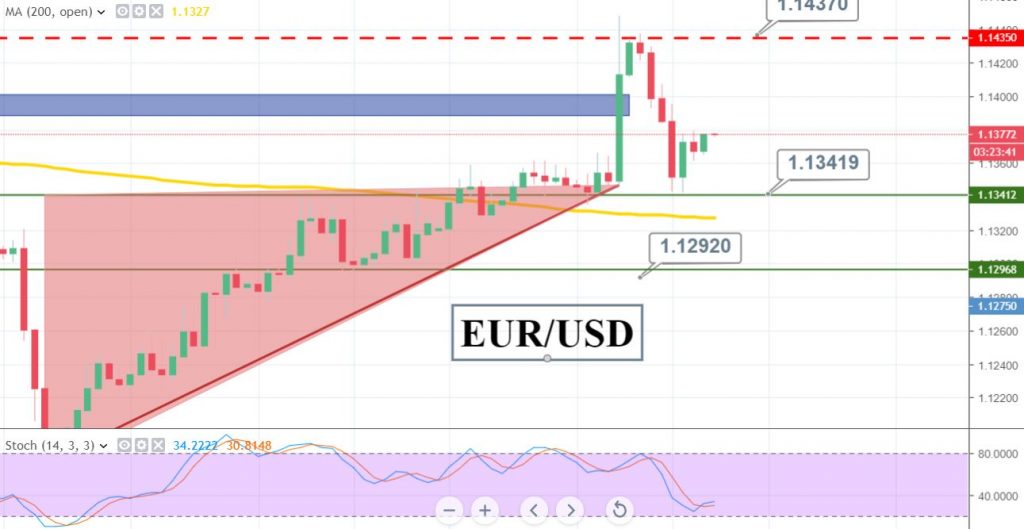 Potential Economic Events to Impact
The European economy is due to release a series of economic events which include:

French Flash Manufacturing PMI – The number is scheduled at 8:15 (GMT) with a forecast of 50.6 vs. 50.2 beforehand. I may extend slight support to euro pairs.

French Flash Services PMI – The services PMI will be released along with the Flash Manufacturing numbers. It’s expected to show a slight drop from 51.5 vs. 51.4.

German Flash Manufacturing PMI – The German PMI is usually published 15 minutes after the French PMI. French services and manufacturing PMI at 8:30 (GMT). It’s forecasted to rise from 47.6 to 48.0.

German Flash Services PMI – It’s scheduled with a forecast of 54.8, slightly below the previous month’s figure of 55.3.

The Loonie remains under the spotlight due to the upcoming inflation figures.

CPI m/m – Lately, Canadian inflation is suffering despite the improved crude oil prices. In February, the CPI figure came out at 0.1%, beating January’s gains of 0.2%.

It’s exciting to see that economists are expecting the CPI to jump from 0.1% to 0.6%. I think it’s reasonable to assume such a rise in the inflation rate especially if the oil prices are stable from a couple of months now.

Core Retail Sales m/m – The figure shows a change in the total value of sales at the retail level, excluding automobiles. A higher number of retail sales signals a growth in the economy. 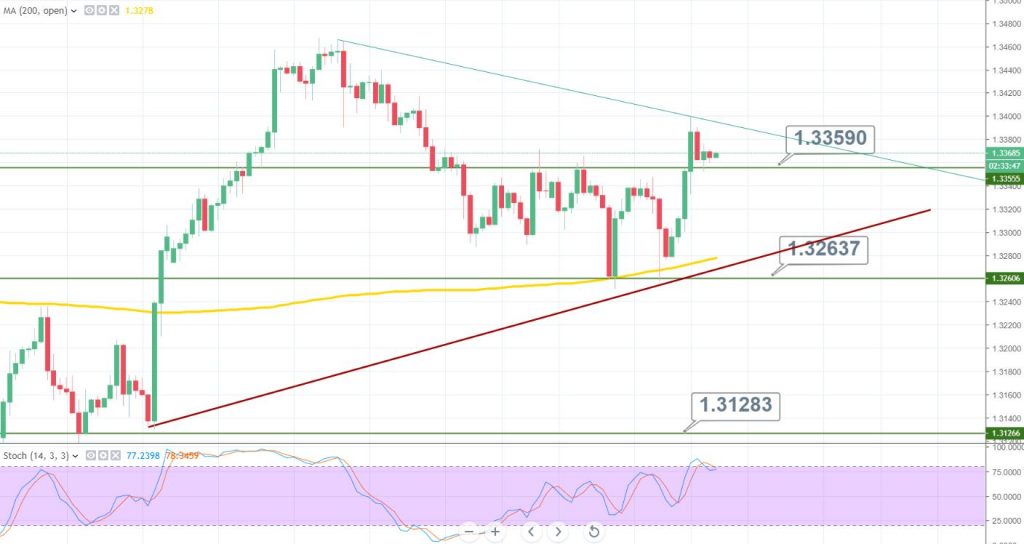 The USD/CAD trades bullish around $1.3360 but in the overbought zone. It’s been facing resistance around $1.3380, extended by bearish trendline. While support prevails at $1.3350. It’s better to enter the market on a breakout.