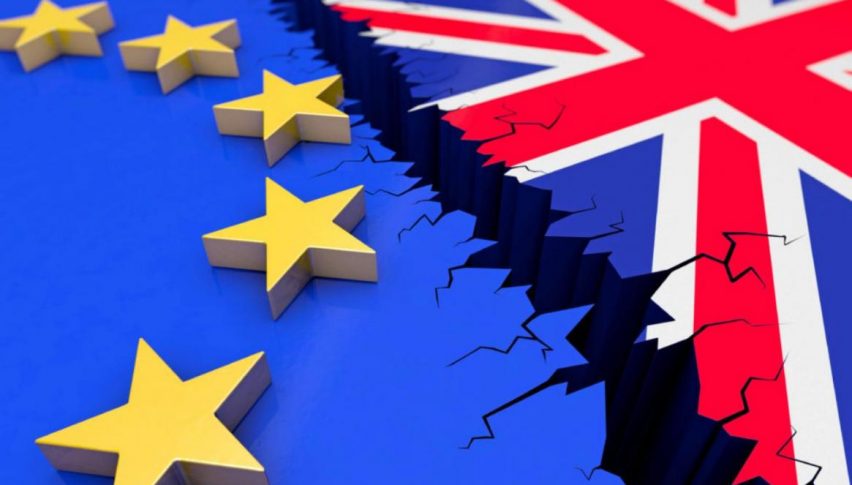 Today is the deciding day for Brexit

European equity markets were off to a softish start to the week after a mixed performance in Asia overnight and following a strong bull run for US equities that saw the S&P 500 notch seven straight up days. SPX now faces a big test as it eyes breaching the 2900 handle, beyond which the October high at 2909 is the next hurdle; but the index remains well supported above its 200-day moving average.

US-Sino trade talks remain on the back burner until the next round gets underway. For now, the glass is half full, as evidenced by the strong rally for US equities at the start of April. Officials have sounded positive, with Larry Kudlow, the White House top economic advisor, saying on Sunday that the US and China are ‘closer and closer’ to a deal. Reports coming over the wires this morning show China is set to cut import duties on a range of goods, from textils and sports goods to computers and digital cameras tomorrow.

Friday’s US jobs report assuaged some of the main concerns about the state of the world’s largest economy. The 196k print was a good deal better than the 20k (revised up to 33k) in February. As noted a month ago, one bad payrolls report does matter much – it’s the three-month average we need to concern ourselves about – and wages. But wage growth was a lot cooler, with average earnings up 3.2% against a 3.4% expected. This is key for the Fed and will encourage it to remain on the dovish side with limited risk in the near term of inflation getting too hot.

Staying on the Fed – FOMC meeting minutes are due out on Wednesday. These will detail just how dovish policymakers turned last month when they raised the white flag on rate hikes for the next year or more. Also, Fed vice-chair Clarida is speaking twice this week – expect him to bang the dovish drum again. It does rather seem that the Fed will – as it signalled it was happy to accommodate last year – be prepared to allow an overshoot on inflation through the summer months.

The European Central Bank is unlikely to herald any significant surprises. Having announced new TLTROs last time out, the Governing Council is not expected to make any fresh changes. It has until September before these roll out and should be happy to wait until the June meeting before it announces any details, allowing policymakers to watch how the Eurozone economy performs over the coming months.

German export data coming out today shows a bigger-than-expected decline, which will further weigh on sentiment towards the Euro area. Exports dropped 1.3%, while imports declined by 1.6%. The German export economy is facing a variety of problems right now and with uncertainty prevailing with regards US-China trade and the worry of synchronised slowdown in global growth, it will be hard to shrug these off soon.

Government talks with Labour are set to continue this week, whilst European leaders are holding an emergency meeting on April 10th. The April 12th deadline looms very large indeed and whilst European leaders are striking emollient tones, French president Macron has taking a tougher line and could veto any extension to the Brexit deadline.  It would be a bold political statement by Macron, but faced with his own domestic headwinds, could be one he is prepared to make.

EURUSD remains in its falling wedge formation and traders may need to wait a while yet before it bottoms. The dollar index has once again failed to hold its head above the 97 level and we again see it running out of stamina beyond there. Having spiked above 97 on Friday, the dollar index has since faded to just below 96.90.

Sterling is on the defensive still with no certainty around Brexit preventing much bid above 1.30 for Cable. The 200-day line is acting as further support just below the 1.30 round number support level. EURGBP seems unable to push below 0.85 and was last holding a little above 0.86.

Brent is firm above $70 with the conflict in Libya pushing up prices in a market that is already buoyant due to the effect of OPEC cuts and sanctions on Iran and Venezuela. The market looks well support for now, with Brent having cleared its 200-day moving average around $69.55 – watch for the 200-day line now acting as a level of support. The risk-on mode in US equities is also acting as a driver for oil prices and we note the very strong correlation between Brent and SPX over the last month as a sign that the demand side of the equation matters just as much as the supply side. Indeed, this morning Saudi Arabia has said that it does not envisage needing to continue cutting production below target. We may well see the market grind higher right into the key OPEC+ meeting in May.

Meanwhile, Bitcoin has rallied again, pushing up further following last week’s surge. BTC drove above $5,300 and seems to be cementing its position above the $5,000 handle. Having driven up through its 200-day moving average and broken some pretty hefty resistance, there could yet be further upside from here. However, given that it seems a single $100m order caused this sharp rally, one has to consider just how small, illiquid and volatile the bitcoin market is.