Forex Signals Brief for May 8: Trade Wars Are Back With a Vengeance - Forex News by FX Leaders

Forex Signals Brief for May 8: Trade Wars Are Back With a Vengeance

Prior to US President Trump’s Twitter tirade, markets were pricing in the US-China trade talks as being a virtual done deal. It now appears that any deal is a long way off.

After China decided it wanted to renegotiate key parts of the deal that had already been agreed to, it looks like those in charge from the US have now become very unhappy with the process and things are now not looking like they will have the speedy outcome many had hoped.

As a result, we saw a big sell-off on risk assets, led by Wall Street yesterday and that has followed through into Asian trade today. So markets are very much on edge at the moment, despite a slow reaction to the news.

We’ve also seen a big move from the RBNZ this morning cutting official interest rates from 1.75% to 1.5% which saw the NZD/USD subsequently tumble.

Elsewhere we will also be looking out for the ECB’s Mario Draghi speaking today which will likely impact the EUR/USD although there might well be little by way of new developments.

The FX Leaders Team finished the session with one win from three signals in a volatile session.

It wasn’t long ago that the USD/JPY was trading at the 112.00 level and we were shorting it. Now that safe-havens are in demand, we’ve seen a sharp fall in the USD/JPY. Price is back to the 110.00 level with more downside likely, before a possible sharp bounce.

WTI is really in the same boat as all the main risk-on assets having seen some weakness this week. Price bounced nicely off the $60 level, however, it will be the one to watch in the coming sessions. We also have inventory data so it will be a busy day ahead, but if price holds this support region, we will be looking at a long entry.

The news out today is that hackers have stolen $40.7 Million in Bitcoin from crypto exchange Binance. A large scale security breach was discovered May 7 looks like it might cast more doubts over the crypto-space, fresh from a strong week where BTC pushed back above the $6,000 level.

For now, price has drifted lower and is looking like we are going to test $5,600, the resistance turned support level.

We saw similar negative headlines only a few weeks ago and price shrugged off the negative news, which I mentioned at the time was a real sign of underlying strength. And sure enough, price rallied accordingly. So it will be very interesting to see how price responds to this latest hack. 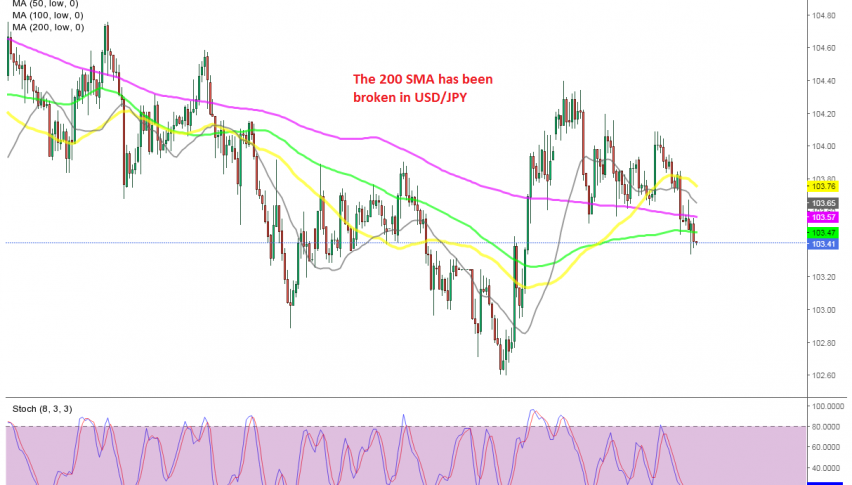