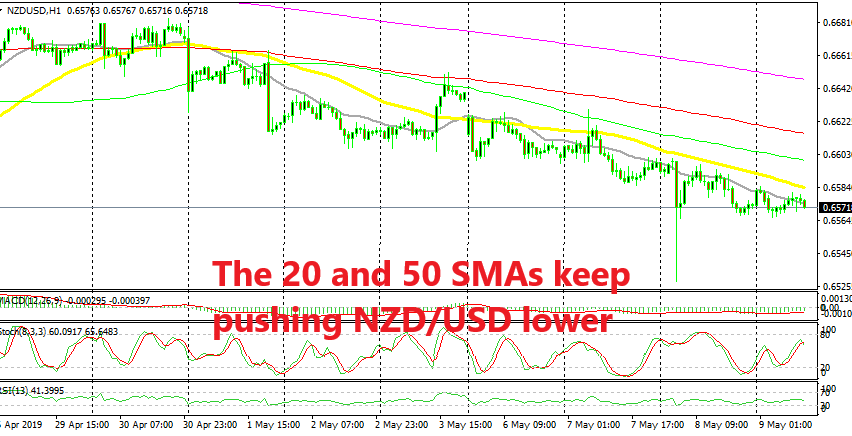 The sellers are still not making new lows

The fundamentals have turned pretty bearish for Commodity Dollars, especially as the trade tensions between the US and China grow. Commodity Dollars such as the Kiwi and the Aussie weaken since these two countries are main exporters to China and they are also risk currencies which means that they weaken further when the sentiment turns negative in financial markets.

The Reserve Bank of New Zealand cut interest rates yesterday in the Asian session as a result and NZD/USD lost around 70 pips. But it retraced higher during the rest of that session which put the bearish trend in question. Although the sellers returned in the European session, so the trend remains intact.

But we haven’t seen the sellers make new lows since early yesterday. So, the pace has slowed but at the same time, the highs are getting lower as well, which shows that the trend still remains bearish. We have a sell forex signal in this pair which we opened yesterday at the start of the European session after the pullback higher. But, it is missing the target as the low continues to be at 0.6568 for this pair. But the price is reversing back down now, so hopefully we will get our pips soon.