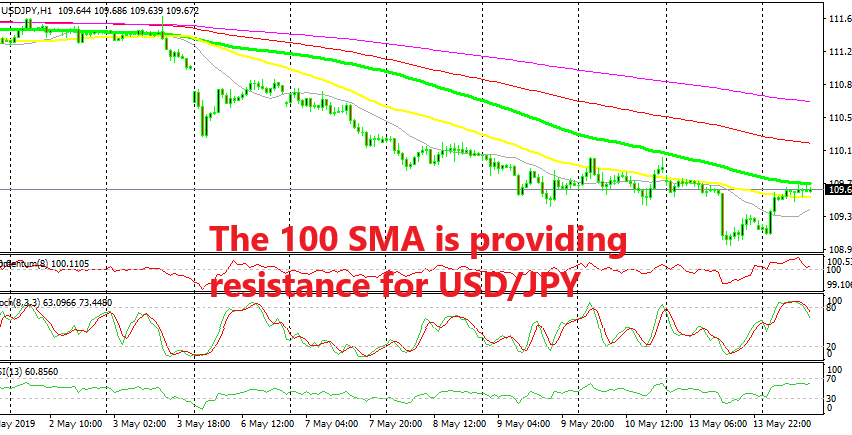 USD/JPY has turned pretty bearish since it opened with a gap lower last week after Donald Trump’s tweet about increasing tariffs on China. Since then, the situation has escalated and both sides have applied new tariffs on each other as China backtracked on promises to the US, which was the reason for this latest escalation.

As a result, the trend has become increasingly bearish for this pair. The price didn’t close the gap from last week and it is not closing the gap from this weekend as well, which shows that the selling pressure is pretty strong. Although, during the night, we saw a retrace higher as the sentiment improved somewhat in financial markets.

Stock markets as well as USD/JPY have retraced higher. The 20 SMA (grey) and the 50 SMA (yellow) were broken on the H1 chart but the buyers are having difficulties at the 100 SMA (green) now. This moving average reversed the price last Friday and the price has formed a few doji/pin candlesticks which are reversing signals. Besides that, stochastic is overbought now. 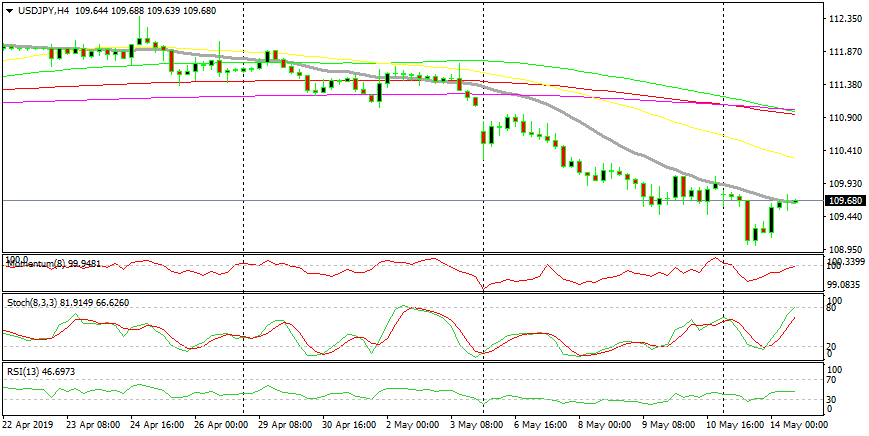 Here, it’s the 20 SMA which is providing resistance

If we switch to the H4 time-frame, we see a similar picture. The price has retraced higher and the pullback is complete now as Stochastic indicator has just reached the overbought area. The previous candlestick closed as a doji, which is a reversing signal, after the pullback and the 20 SMA is providing resistance, the same as the 100 SMA on the H1 chart. This moving average provided solid resistance last week and it should reverse USD/JPY down again now, I hope.