It’s been another good day with a series of profitable forex trading signals in gold and GBP/JPY. For now, I was looking at the Bitcoin, which has been in highlights since Facebook revealed to launch its own coin Libra. BTC/USD has surged to its highest level in a year and a half, as an unstoppable rally in the crypto market recollects the memories of the cryptocurrency’s bubble burst.

On Wednesday, Bitcoin surged to trade below $13,000 level, putting the cryptocurrencies on track for their most significant one-day jump in more than a month.

The main reason behind the bullish rally remains the same – tech giant Facebook’s move into the world of crypto with the launch of its digital currency called Libra. FB’s Libra is set to extend competition to most of the payment methods. Analysts are hopeful that Libra could support cryptocurrencies to gain better acceptance as a payment method and a way to store wealth. 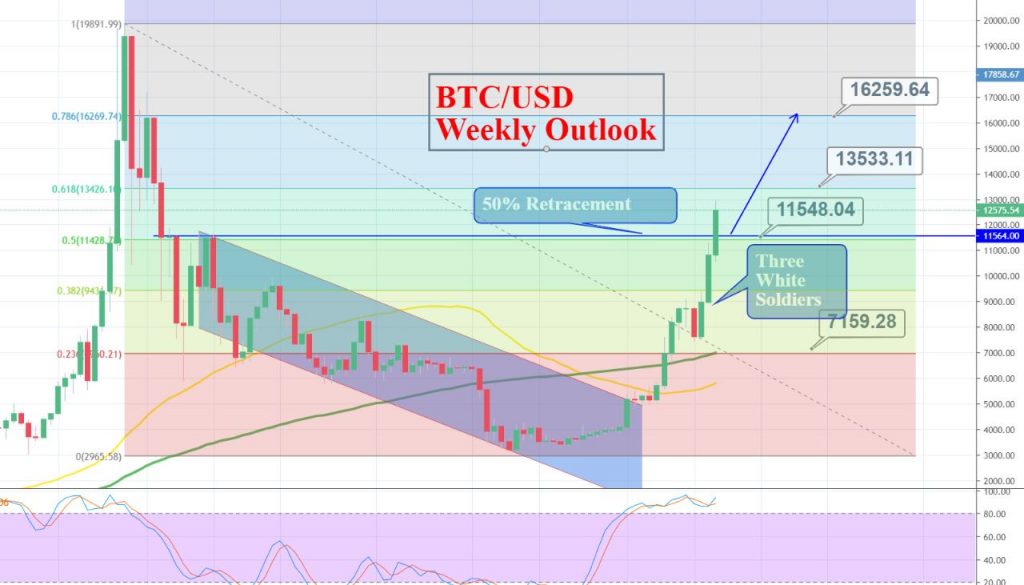