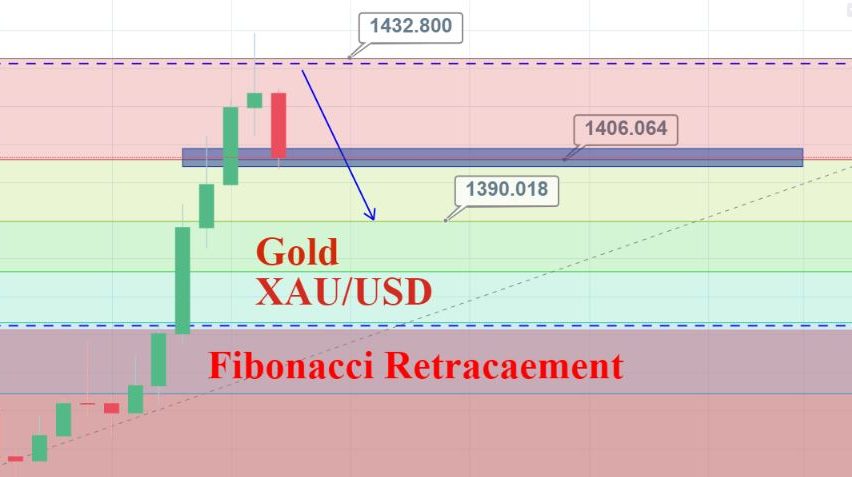 A day before, precious metal GOLD prices surged dramatically to place a high of around $1,439 over the boosted safe-haven appeal. Investors were looking for a shelter to park their investments to avoid uncertainty. On Monday, the US imposed further sanctions on Iran, retaliating the attack on the American drone last week.

Anyhow, traders awaited the US.Fed Chair Jerome Powell’s speech for the magic, and it worked. Jerome Powell hit a relatively neutral tone on the US economy and monetary policy. However, he repeated his forecast for slow but positive growth of the US economy.

Recalling FX Leaders June 26 Brief, the Federal Reserve chairman Jerome Powell’s made hawkish remarks, that “the Fed is insulated from short-term political pressures – what is often referred to as our independence.” Hence, the Greenback, which was trading under heavy selling pressure, finally gained support on Fed’s remarks, ultimately helping gold prices drop.

Well the exciting part is, gold has finally closed a doji candle below our suggesting resistance level of $1,433. It signifies the potential for a bearish retracement. The good thing is that team FX Leaders has already captured some of the movement during the Asian session open.

Gold is likely to face immediate resistance at $1,406, the 23.6% Fibonacci retracement level. A bearish breakout of this level could trigger further selling until $1,389, the 38.2% Fibbo level. Stochastic and RSI are holding in the overbought zone, suggesting the further potential for a bearish retracement.

Today, let’s keep an eye on $1,406 to stay bullish and bearish below the same level with 40 pips stop loss, and 60 pips take profit.