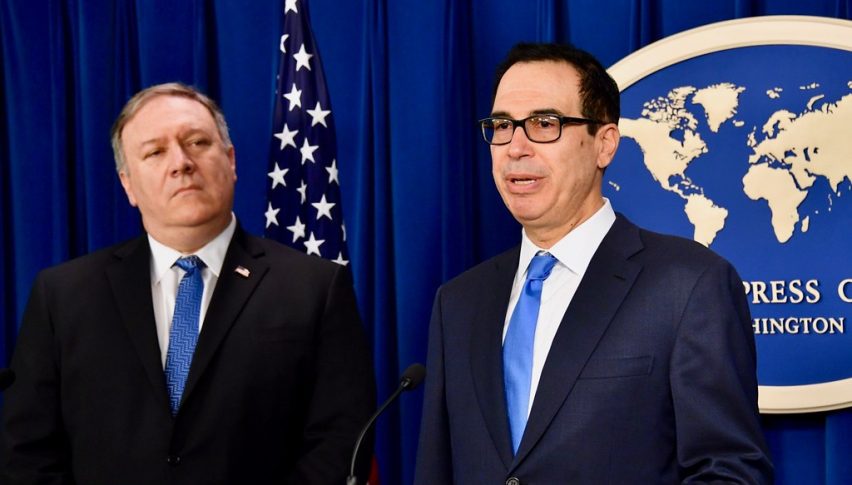 The positive sentiment from Mnuchin's comments didn't last too long

The sentiment has been extremely negative in financial markets during this month, which has sent safe havens surging during this time. But in the last two days we have seen a reversal in safe havens as the sentiment has improved after comments from the US Trade Secretary Mnuchin who said yesterday that the trade deal with China is 90% completed. This is not much to be honest, because it’s the 10% that counts since it includes the hottest issues such as the IP theft, opening of the Chinese market without forcing foreign companies to transfer technology to Chinese firms and currency manipulation among others. But, it came as a surprise when the trade war between the two giants is in full swing and the rhetoric has been pointing to further escalation, hence the sudden improvement in the sentiment.

But, the global economy continues to weaken, the weakness is picking up pace, and Mnuchin’s comments are not going to change that. So, markets look cautious today after pushing safe havens lower. The JPY and the CHF have been turning bullish during the European session as a result, as we head towards the G20 Summit which will start tomorrow and continue during the weekend. 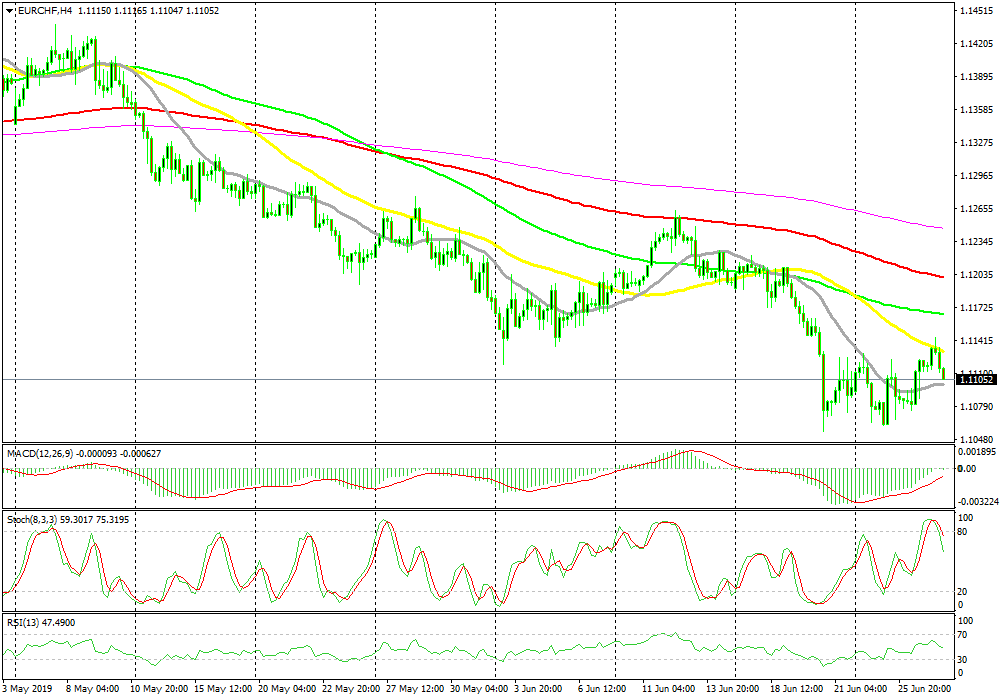 The retrace ended at the 50 SMA

EUR/CHF has been on a bearish trend for the last two months and the downtrend has been picking up pace and making new lows as the sentiment continues to deteriorate in financial markets. We saw a pullback higher in the last two days after Mnuchin’s comments which helped improve the sentiment. But the retrace ended at the 50 SMA which has been providing resistance for this pair earlier and now the bears are back in control again. We opened a sell signal earlier below the 50 SMA, so we are bearish on this pair.

So, the US GDP report came as expected for Q1 at 3.1% and there were some soft numbers there. But, the report is better than expected overall, after looking into the details. It’s not great, but most of the sub-components were revised higher. Although, the GDP report for Q2 will be important because the the US economy has weakened considerably in this quarter, while it was holding up well in Q1.