Selling the Rally in GBP/USD - Forex News by FX Leaders 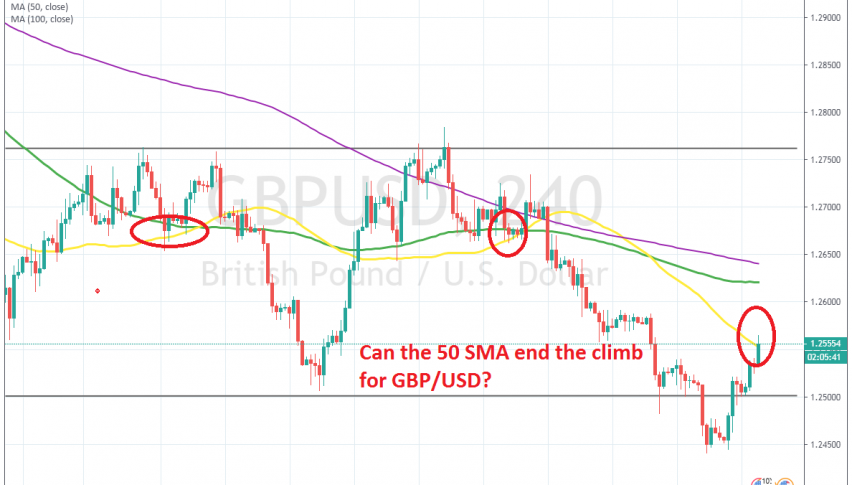 Selling the Rally in GBP/USD

The buyers are still in charge at the moment

GBP/USD has been on a really strong bearish trend since the last week of June, after topping out at 1.2780. During the decline which has lasted for a few weeks now, this pair has lost more than 330 pips. The sellers pushed below the 1.25 level, which is a long term support area and big round level.

That break which took place on Tuesday, opened the door for further declines. But the testimony from the FED chairman Jerome Powell yesterday hurt the US Dollar and reversed it lower, which helped GBP/USD. This pair pushed back above the 1.25 area and it is now trading around 1.2550.

So, this pair is back in the previous range now, which stretched from 1.125 to 1.2750s, roughly speaking. The pullback is overdone now on the H4 time-frame, which means that buyers should get exhausted soon.

Besides that, the 50 SMA (yellow) which has provided support and resistance for GBP/USD earlier, is standing up here. The buyers pushed above it for a moment, but the price has pulled back, so traders are aware of it. It is already acting as resistance now, but let’s see if the price will reverse back down.