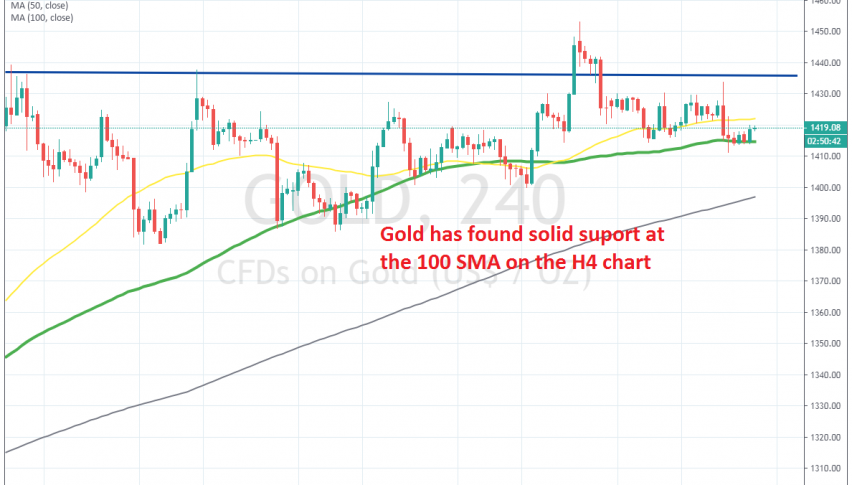 Gold Finding Support at the 100 SMA

GOLD had a great month in June, jumping from below $1,300 to the previous high at $1,440. Buyers gave up last month failed to push above that resistance level last month after two attempts. This month, Gold has traded mostly sideways, consolidating in a range, although buyers managed to finally break the resistance and pushed the price to $1,453.

But they couldn’t keep the price above $1,440 and this week the price has returned down. Yesterday we saw another attempt to push the price back up again, but it reversed below that previous resistance zone. Gold pulled back lower but it found support at the 100 SMA (green) on the H4 time-frame.

The price formed a doji candlestick yesterday above the 100 SMA which is a bullish reversing signal after the decline but there was no reversal. Although, the price found support throughout US session and Asian session today and in the European session, we saw a jump from that moving average.

Now Gold is still crawling higher but it seems that traders are waiting for the US GDP report to be released shortly before making a move. If the GDP figures disappoint, then we’re likely to see a jump to the resistance, since it means that the FED will keep the dovish bias next week. Otherwise, if the numbers are positive, we might see a reversal down.