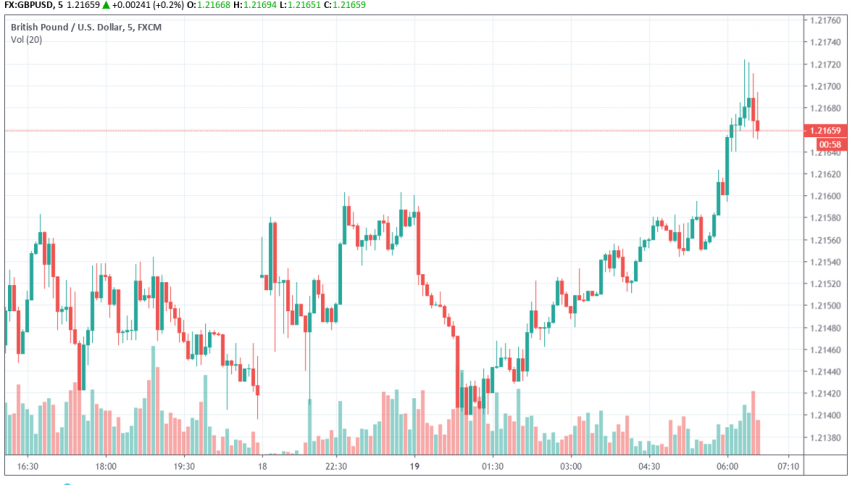 The Pound appears to be gaining some strength against the US dollar in early trading on Monday as political pressure builds up to stop a no-deal Brexit. At the time of writing, GBP/USD is trading at around 1.216.

The opposition Labour Party’s leader Jeremy Corbyn is expected to make a speech stating that he will do “everything necessary” to prevent Boris Johnson from taking Britain out of the EU without a deal. At the speech, Corbyn is expected to call for general elections following a vote of no-confidence so that people can be empowered once again to make a decision about Brexit.

Corbyn is expected to not only call for snap elections but also offer a chance at one more Brexit referendum to get a clearer picture of whether Britain wants to leave the EU or not. Corbyn’s criticism against Boris Johnson’s government comes in the wake of a leaked report which suggests that Britain could face shortage of food and medicine in the event of a no-deal Brexit.

Buying the Retreat in GBP/USD After the Jump in US Inflation, As the 20 SMA Holds
1 hour ago