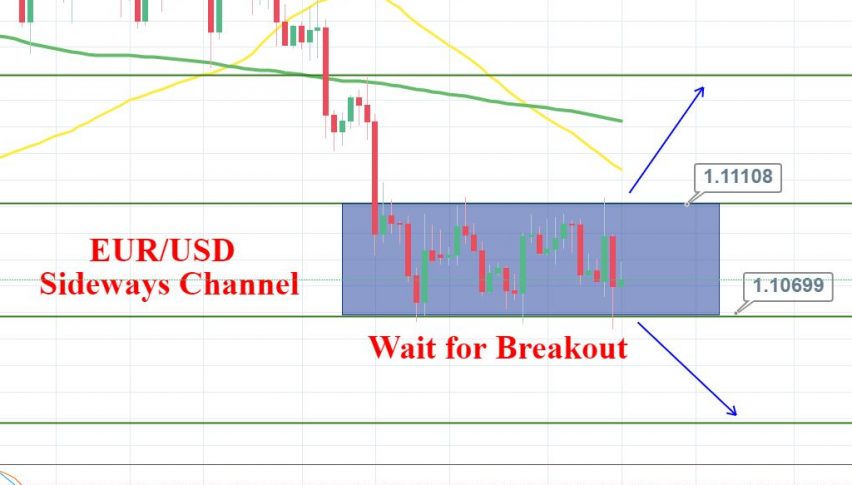 The market today was all about European PMI figures and ECB monetary policy meeting accounts. Despite all these releases, the single currency Euro has managed to maintain trading within the same sideways range of 1.1110 – 1.1065.

In addition to this, GOLD prices also remain mostly stable on Thursday, consolidating above and below the key trading level of $1,500. Investors await for the Federal Reserve Chair’s speech at a global central bankers’ conclave for clues on future US interest rate cuts.

The European session was loaded with series of PMI figures from the Eurozone and ECB meeting accounts.

German Flash Manufacturing PMI – German economy continued to underperform in August, the latest flash PMI data showed. Growth of service sector business activity was again countered by a marked fall in goods production, while overall job creation slipped to a five-year low. Overall the figure remained 43.6 below 50 but was better than the 43.1 forecast.

After having a soft European session, I really hope we get some price action during the US session. Eyes are stuck to Jackson Hole Symposium and US Flash Manufacturing PMI.

As explained in FX Leaders Daily Brief for Aug 22, the Economic Policy Symposium, held in Jackson Hole, Wyoming, is attended by central bankers, finance ministers, academics, and financial market participants from around the world.

The meetings are closed to the press but officials usually talk with reporters throughout the day. Comments and speeches from central bankers and other influential officials can create significant market volatility.

Earlier today, the US government debt yields rose after Kansas City Federal Reserve President Esther George announced she disagreed with the central bank’s decision to cut interest rates in July. There are likely to be discussions on current monetary policy settings and future rates and progress.

Besides, intensifying trade tensions, the consistent threat of currency war, and diminishing global economic growth will also be discussed by central bankers at Jackson Hole for the 2019 Economic Symposium hosted by the Kansas City Federal Reserve.

What’s Next in EUR/USD?

For now, the single currency is getting stronger and we may see some bullish price action in EUR/USD once it breaks out of 1.1110 resistance area. Next target on the upper side can be 1.1135.

Speaking of the leading indicators, the RSI and Stochastics are suggesting nothing but a neutral bias. While the 50 and 100 periods EMA are keeping EUR/USD bearish. 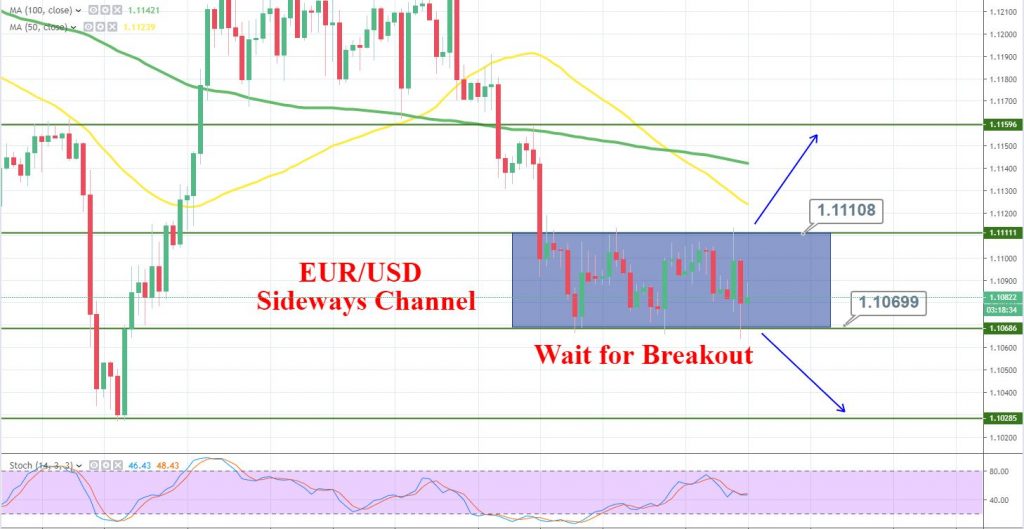 In case of a bearish breakout, we may see Euro falling towards 1.1025 and that’s the level where we can see some bullish retracement later.