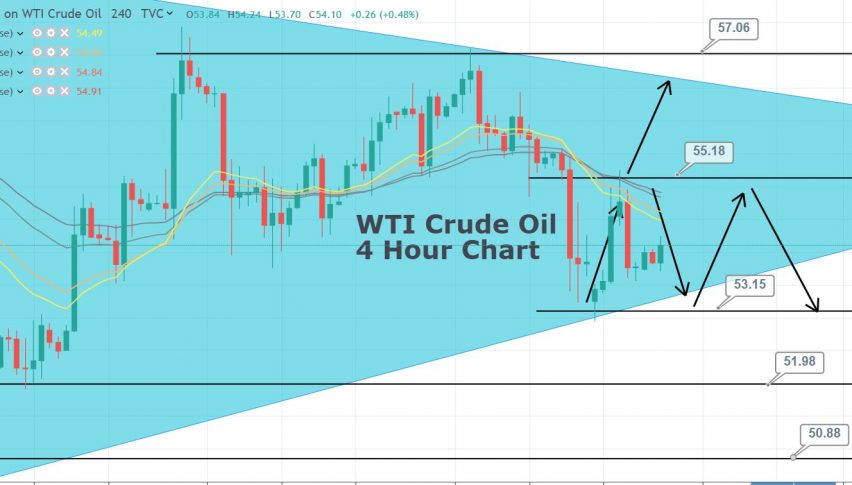 On Tuesday, WTI crude oil prices continue to trade within a range of 55.15 – 53.11 after US President Donald Trump foretold a trade deal with China after positive remarks by Beijing, soothing nerves following a series of tit-for-tat tariff hikes had sent markets spinning.

As discussed in FX Leaders Economic Event’s Brief Aug 27, the POTUS (President Donald Trump) said: “We’ve gotten two calls and very, very good calls,” Trump said “Very productive calls. They mean business. They want to be able to make a deal.” In addition to this, “I think they want to make a deal very badly. I think that was elevated last night. The vice-chairman of China came out, he said he wants to see a deal made”.

Moreover, China’s Commerce Ministry announced last week it would inflict further tariffs of 5% or 10% on 5,078 products coming from the US which includes agricultural, small aircraft and crude oil.

So as you see, there’s a series of positive and negative fundamentals which are causing crude oil prices to toss within a range.

On the technical side, oil is likely to face resistance around 55.13, the double top and EMA crossover level. While, the immediate support can be seen around 53.11, the symmetric triangle’s bullish trendline level. Below this, we may see oil prices falling further until 52.