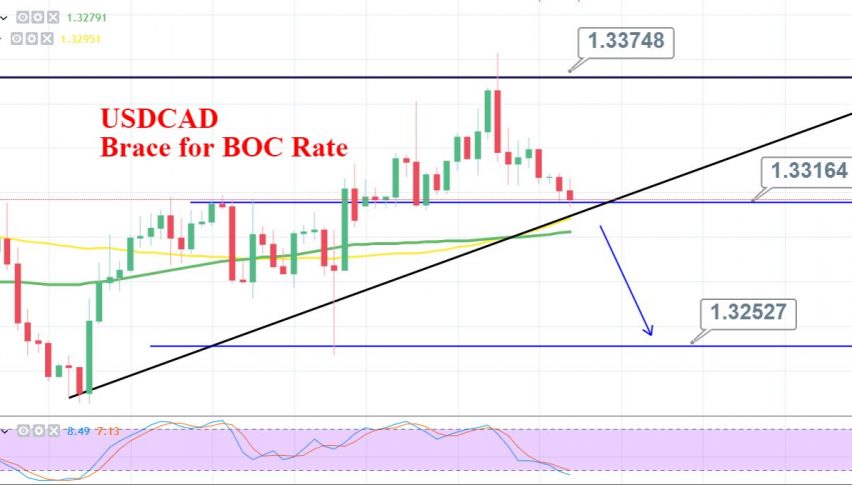 USD/CAD Set for a Breakout – BOC Rate Decision Up Next

The market is lacking a bit of trading volume as investors awaited high impact catalyst such as Bank of England’s rate decision and Canadian trade balance figures which are due during the New York session.

The Canadian dollar is trading at 1.3315 ahead of the rate decision by the Bank of Canada (BoC). The market is divided on what Governor Poloz will decide for the Canadian benchmark interest rate. So far, the Bank of Canada has arisen as an outlier to keep the overnight rates unchanged from October 2018. However, there’s plenty of sentiments expecting the central bank to cut rates this fall amid mounting global trade tensions.

BOC’s current rate is 1.75% while economists are expecting it to be same this month.

USD/CAD is holding above a support level of 1.3315 which was working as a resistance level during the previous week. For now, the same level is extending support to the commodity currency Loonie. Any surprise change in rate is going to drive aggressive price action in the Loonie for at least 100 to 200 pips.

Good luck and let’s be ready for any surprise.