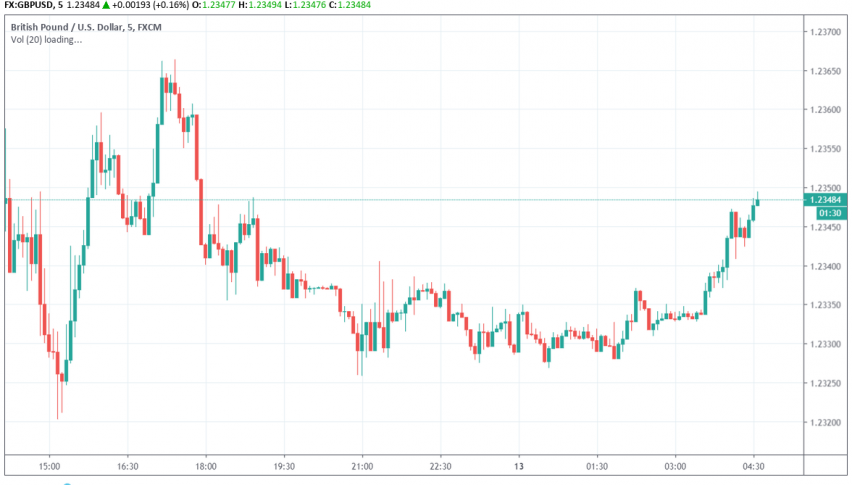 The Sterling continues to trade strong against the US dollar into Friday, supported by a feeling of optimism of averting a no-deal Brexit. At the time of writing, GBP/USD is trading at around 1.234.

Despite UK MPs passing a legislation to prevent the government from taking Britain out of the EU without a deal, uncertainty surrounding Brexit remains high. While addressing European parliament leaders, chief negotiator Michael Barnier reinforced EU’s stand that there are no grounds for renegotiating a Brexit deal yet as the UK has not yet come up with any credible alternative so far.

According to Barnier, “While we have previously reached an agreement, as far as we can speak [today], we have no reason to be optimistic … I cannot tell you objectively whether contacts with the government of Mr Johnson will be able to reach an agreement by mid-October.”

Meanwhile, political chaos continues in Britain following the release of the Yellowhammer report which outlined the worst-case scenario in the aftermath of a possible no-deal Brexit. The opposition Labour party has urged the UK government to recall the Parliament which has been prorogued until mid-October.