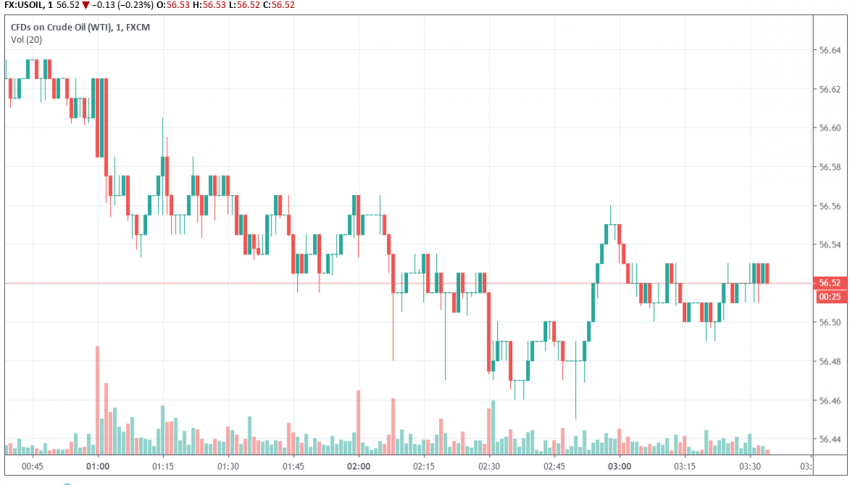 WTI crude oil prices are holding steady early on Thursday over cautious optimism of an early trade deal between the US and China. At the time of writing, WTI crude oil is trading at around $56.52 per barrel.

Trump hinted at the possibility of a trade deal with China sooner than expected, which has helped improve the market sentiment a little. However, given that Trump has made such statements in the past only to worsen the tensions, markets don’t want to take his recent comments too seriously unless they are backed up with concrete steps.

Meanwhile, markets are optimistic about improvement in trade relations between the US and Japan. US President Trump and Japanese Prime Minister Shinzo Abe signed a limited trade deal that would boost US trade with Japan by $7 billion every year.

Crude oil’s gains were limited following the release of the EIA report on Wednesday which revealed a rise in US crude stockpiles for the second consecutive week. According to EIA, crude inventories climbed 2.4 million barrels higher during the previous week, while expectations were for a decline by 190k barrels instead.