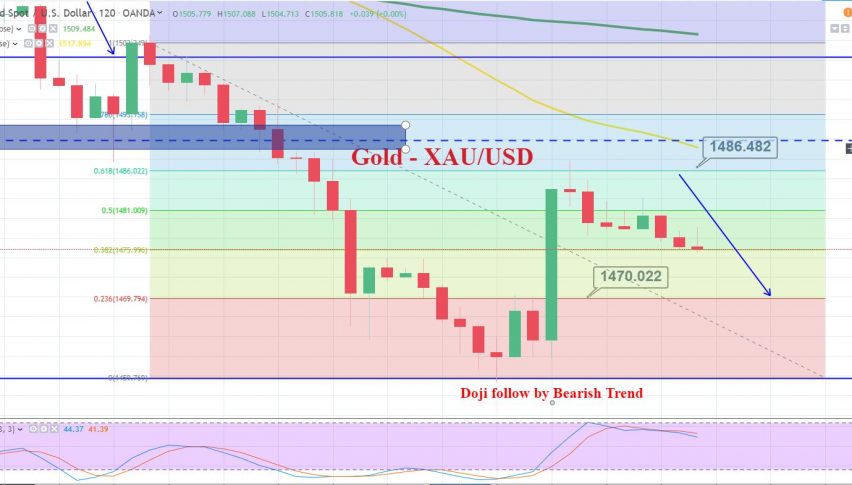 On Wednesday, the US dollar traded mostly steady against most major currencies, after showing a dramatic dip on weaker than expected US manufacturing activity data. Consequently, we saw massive buying in gold and sell-off in stock markets as investors suspected that the drop in manufacturing might result in less revenue earned by companies and ultimately less dividend payment on the shares they hold.

Trading is all about the US dollar today amid dollar-related economic events, while the calendar is muted from global economies. Today the focus is likely to remain on the US ADP Non-farm payroll, ISM Non-Manufacturing, and Crude Oil Inventories, which are due during the US session today.

This data provides an early look at employment growth, usually two days ahead of the government-released employment data that it’s designed to mimic. Source changed series calculation formula in February 2007, December 2008, and November 2012 to better align with government data.

The Automatic Data Processing, Inc. is expected to release a slight drop in employment change from 195K to 140K in the month of September. Job creation is an essential leading indicator of consumer spending, which accounts for a bulk of overall economic activity. Weaker data may drive bearish sentiments for the upcoming US NFP figures which are due on Friday.

The Energy Information Administration reports a change in the number of barrels of crude oil held in inventory by commercial firms during the past week. A day before, American Petroleum Institute said that US oil supplies fell by 5.9 million barrels for the week ended September 27.

Today, economists are expecting the EIA to report a build of 2.0M in inventories. Although the forecast should keep the crude oil bearish, it’s trading steady due to EIA’s correlation with API. A draw in inventories report by API may also drive draws in EIA reports.

The safe-haven metal pricesare  flashing red due to weak United States data, and all investors keep their eyes on fresh developments on Brexit.

The Institute of Supply Management’s Manufacturing PMI published the weakest figures in a 10-year period, dwindling to 47.8 for September against the estimates of 50.

Distinctly, the prices of safe-haven metal gained earlier in the morning after the release of the manufacturing data, while the low figures started to broaden risk aversion on Wall Street and a rush into safe havens.

The Federal Reserve may give a hint to deliver rate cut for a third time during this year, and as a result, gold prices can gain further support.

Besides, the Brexit developments are still in highlights. The United Kingdom Prime Minister Boris Johnson is ready to announce his final Brexit deal to the European Union later in the day. Meanwhile, he clearly said that Britain would not talk anymore if the agreement is not engaged and will leave on October 31. 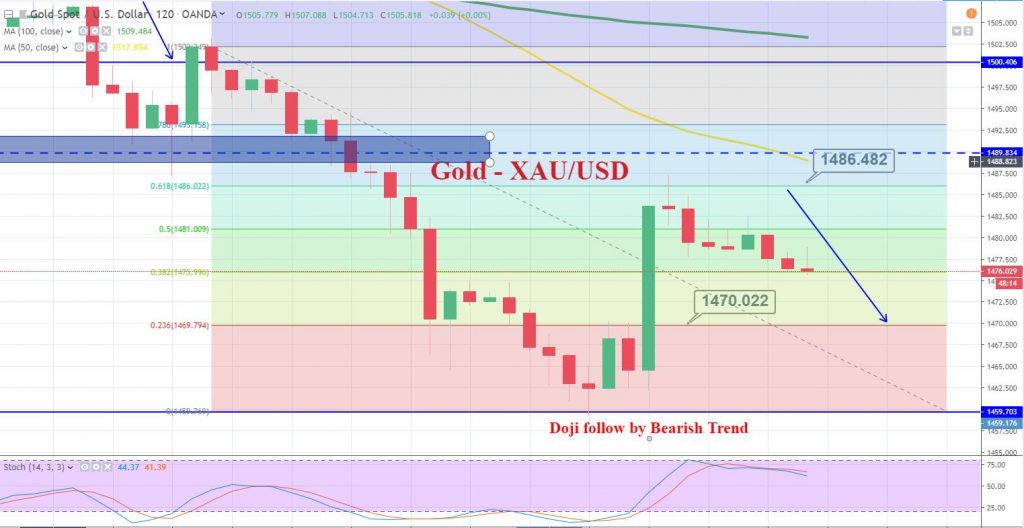 On the technical side, gold has completed 61.8% Fibonacci resistance at 1,486 area, and it may keep the gold bearish below this level.

The EMA is still suggesting a bearish trend, while the RSI and Stochastics seem to shift direction on the lower side. Gold may gain further support at 1,470 and 1,461 today.