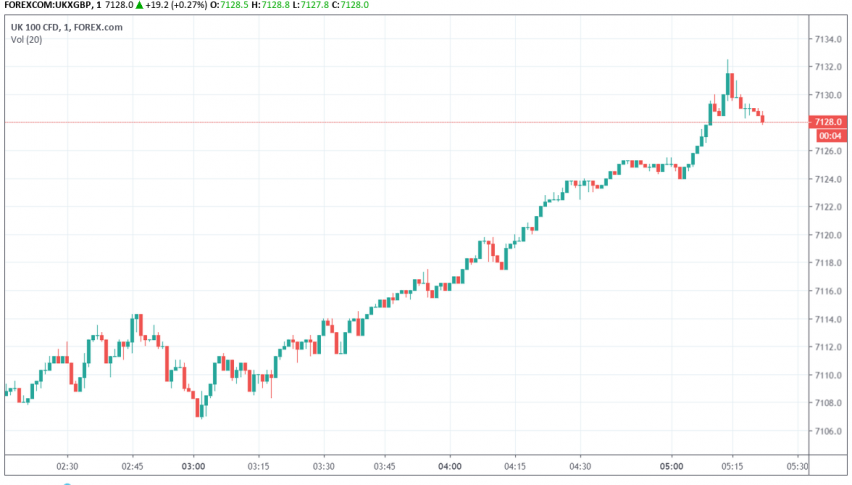 FTSE stocks continued their sell-off into Thursday and looks all set for its largest weekly loss in three years. Britain’s top 100 publicly listed companies on FTSE lost 3.2% of their value on Wednesday and saw another 0.6% decline on Thursday as well.

Reigning Brexit uncertainties, concerns of a potential slowdown in the global economy and weak economic data coming out not just from the UK and the Eurozone, but the US as well, have been keeping global stock markets under pressure lately. The FTSE 100 has declined by around 4.7% so far this week over increasing concerns of a recession in the US economy.

A weak US economy has a significant impact on the British index as around 70% of FTSE 100 companies book their profits in dollars. Any weakness in the dollar then reduces their profits and brings down their value. At the time of writing, FTSE is trading at around 7128.

Should We Go Long in Dax30 Again, After the Pullback in Stocks Yesterday?
5 days ago