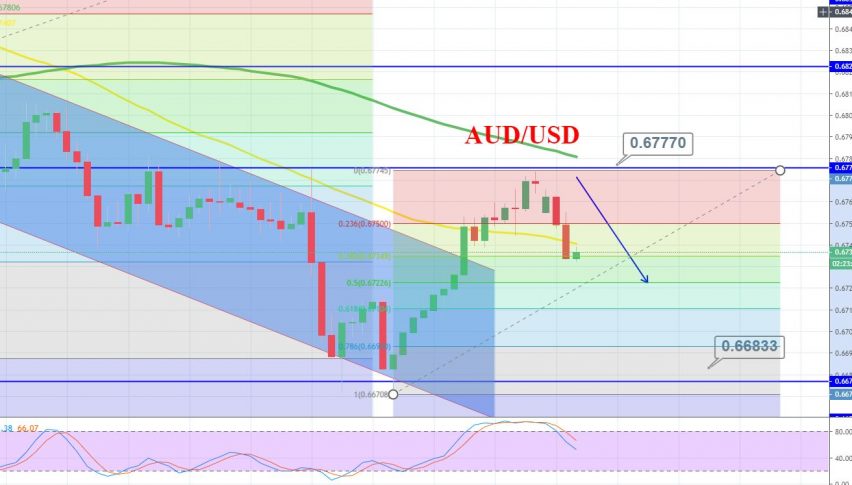 Earlier today, during the Asian session, the AUD/USD currency pair found itself on a bearish track, representing bearish bias for the day. The pair is presently trading at 0.6754 after hitting the bullish level of 0.6775 during the early Asian hours.
The Aussie is facing intense bearish pressure amid weaker trade negotiations sentiment. China has shown concerns about not sticking to all the negotiation points presented by the United States.
Despite this, there’s still a vast amount of expectations for developments between the United States and China trade war. It is quite likely that the full deal may not complete soon, but there is an interim agreement on less contentious issues like Chinese purchases of United States goods in exchange for reducing a few United States tariffs.
On the technical side, the step back from Friday’s bullish range happened due to an increasing wedge breakdown. A rising wedge is a bearish reversal pattern, which means that the bounce from October 2’s low of 0.6771 has closed and the buyers have recovered control.

On the 4-hour timeframe, AUD/USD has formed two consecutive bearish candles, which are signaling strong bearish bias among traders. On the upper side, AUD/USD is facing stiff resistance at 0.67770 area, and closing of Doji pattern below this level is keeping the Aussie under selling bias.
On the lower side, AUD/USD may head further lower towards 0.6720 and 0.6700 today. The RSI and Stochastics are coming out of the overbought zone, suggesting good chances of a bearish retracement.