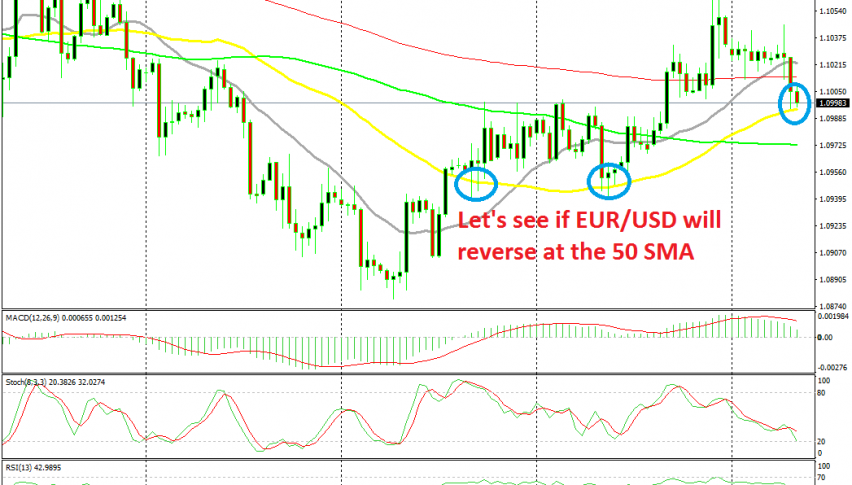 Buying the Pullback in EUR/USD at the 50 SMA

Will the 50 SMA provide support for the third time?

EUR/USD has turned quite bullish in the last two weeks after being bearish for a long time. The soft US ISM manufacturing and non-manufacturing reports two weeks ago forced this pair to turn bullish, while last week it was the improvement in the market sentiment which pushed the price higher.

Although, we have seen this pair retrace lower this week. Whether his is a bearish reversal or just a retrace before moving higher, it remains to be seen. Yesterday, it was the 100 SMA (red) which was providing support on the H4 time-frame, but that moving average was broken today.

The price slipped lower and it broke below the big round level at 1.10, which has been acting as support and resistance in the last two weeks. But, the 50 SMA (yellow) stands just below there and it is providing support today. We decided to go long from that moving average, with stochastic being oversold now on this chart, hoping for a reversal higher or a bounce at least. That rade was closed just a while ago, as this pair jumped higher on Brexit deal rumours.