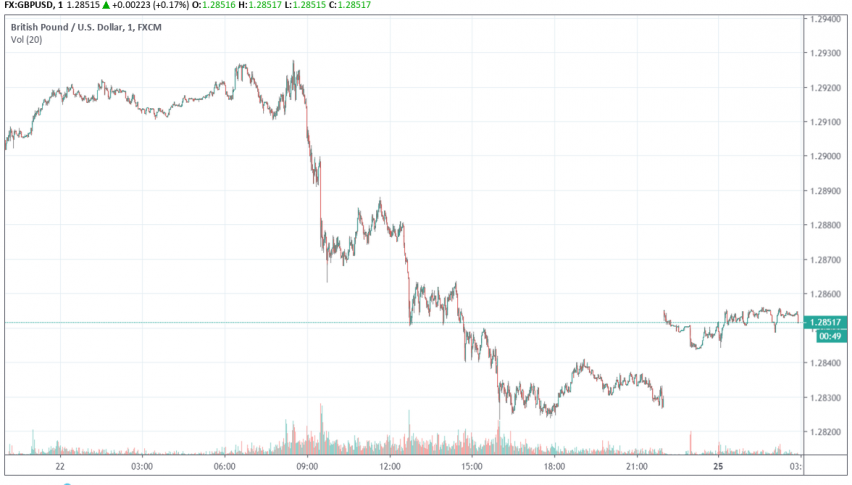 The Pound is trading bullish against the US dollar into a fresh trading week, buoyed by PM Boris Johnson’s assurance to ‘get Brexit done’ before Christmas this year once the elections get done. At the time of writing, GBP/USD is trading at around 1.285.

Johnson’s Conservative Party is favored to win in the early general elections coming up on December 12, and a good majority will help him get the Parliament to approve his Brexit Bill with more conviction. To this effect, Johnson unveiled his party’s manifesto which focuses on a new vote on the latest withdrawal agreement by Christmas.

With renewed enthusiasm, Johnson also used the platform to launch a scathing attack on Labour Party leader Jeremy Corbyn for his neutral position on the second Brexit referendum. In addition to solving the long dragged out issue of Brexit, Johnson has also announced assurances of a five-year “triple lock” on income tax, national insurance and VAT rates.

The Tory manifesto launched on Sunday also promises hiring of an additional 50,000 NHS nurses and 20,000 police officers. But of course, the focus remains squarely on the departure from the EU, with the manifesto promising to get done with the Brexit transition by the end of next year. Does this, however, increase the possibility of a no-deal Brexit in case the UK is unable to forge trade agreements with the EU within this period?