Bullish Setup in Crude Oil – is it Going After 59.10 Today? - Forex News by FX Leaders 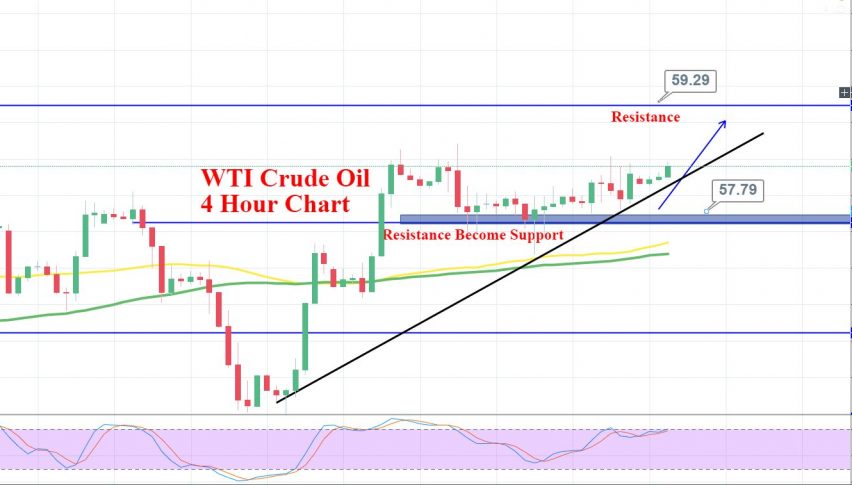 WTI crude oil prices flashed red and dropped by 0.2% to $58.30, mainly due to the American Petroleum Institute, which reported that US oil inventories increased last week. The API said that crude inventories rose by about 3.6 million barrels for the week ended November 22.

Analysts are expecting that the US Energy Information Administration’s weekly inventory data will show a fall of 418,000 barrels in crude stocks for the week ended November 22.

In the upcoming week, OPEC meeting will be closely observed as it is widely expected to extend the production cut agreement to June or even the end of next year. Some analysts believe OPEC and Russia could cut output even more.

The Russian intentions will be critical for the future, mainly with them wanting some wiggle room on the condensate and potentially produce more. The OPEC, Russia, and other allies have an ongoing agreement to decrease output by 1.2 million barrels a day till March 2020.

At the Sino-US trade front, the United States President Donald Trump continues hopes of a phase-one deal with China even after the media releases from Beijing blamed the US for unfair behavior. Trump also said that they were very close to making a deal with China and it had got to be good.

On the technical front, WTI crude oil is trading at 58.40, after testing the crucial support level of 57.65 level. The support is extended by bullish trendline as well as the violated resistance level which is now working as a support for crude oil. 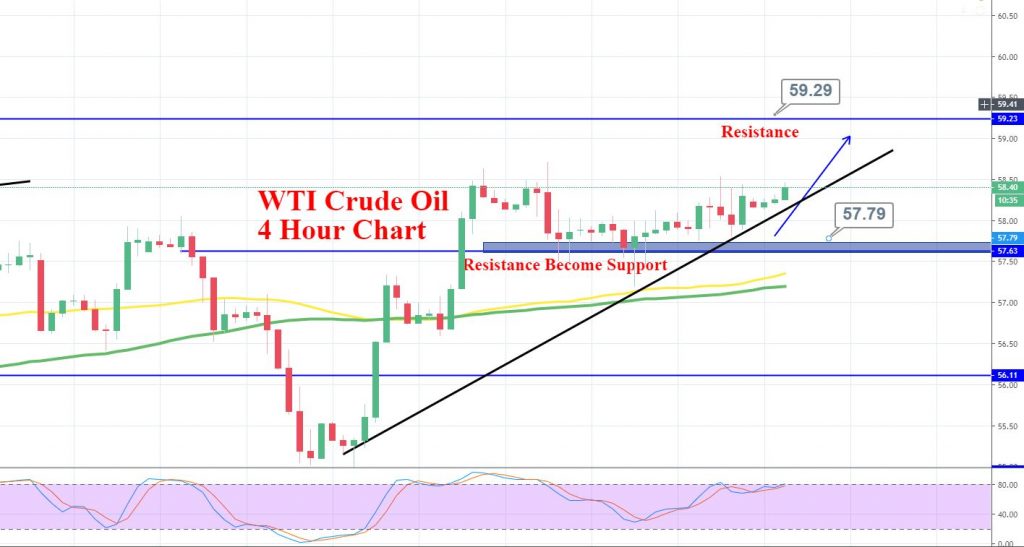 No Stimulus And The Markets Don't Seem To Mind
8 hours ago
MAs Keep Keeping USD/CAD Bearish
USD/CAD retraced higher today, but the retrace ended at the 50 hourly SMA
9 hours ago
Comments