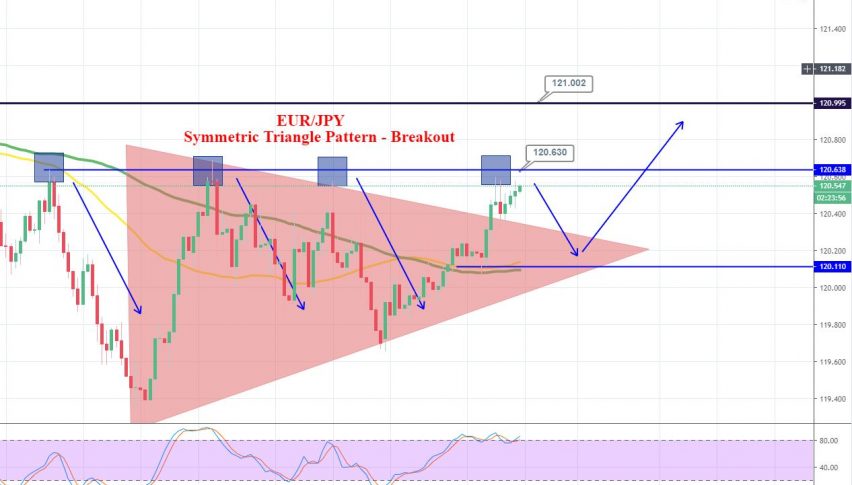 EUR/JPY on a Bullish Run – Quick Update on Trading Signal

EUR/JPY is trading in a bullish tone at 120.500 level in the wake of weaker Japanese yen and stronger Euro. Lately, the positive comments on progressing trade negotiations between the two largest economies triggered the fading demand for riskier assets like such as GOLD and Japanese yen. As a result, the pair started to move in an upward direction on Wednesday.

The positive comment from President Trump came after the trade negotiators from both countries held a telephonic conversation on how to resolve core issues of the Phase-one deal. The Chinese Ministry of Commerce confirmed after the conversation that both parties would remain in contact regarding the remaining problems of phase-one agreement.

On the technical front, EUR/JPY has come out of the symmetric triangle pattern, which was resisting the pair around 120.400. The lack of safe-haven demand as triggered buying and now the pair is heading north to target 120.650 today.

On the lower side, the pair may find support above the previously violated resistance level of 120.400. 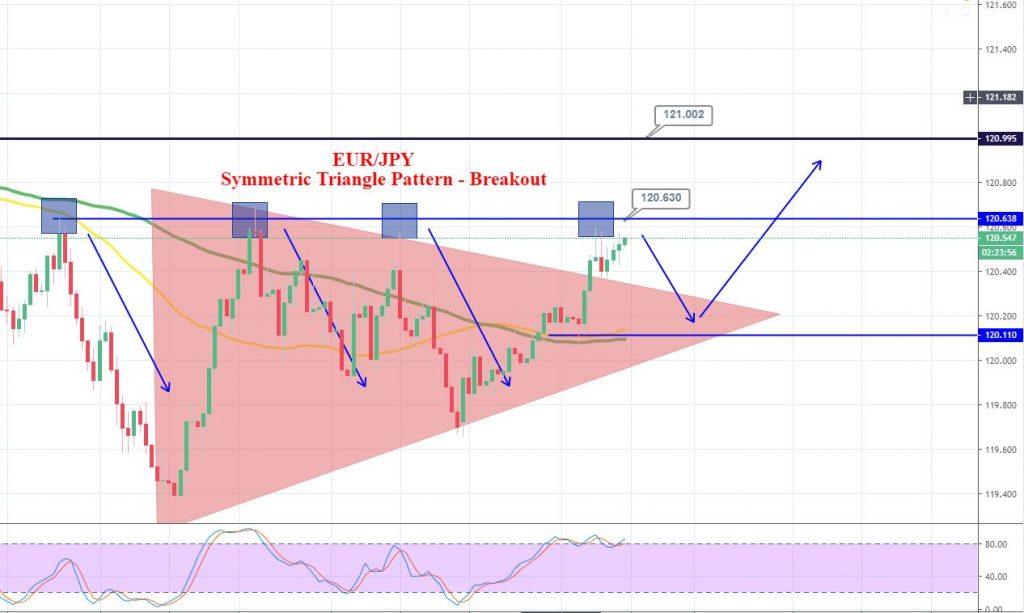 The RSI is holding around 85, which is overbought zone, but the three while soldiers candle on the 4-hour chart is still supporting the bullish bias. We could look for sell trades below 120.650 if EUR/JPY manages to close candles below this level today.

Arslan Butt // Index & Commodity Analyst
Arslan Butt is our Lead Commodities and Indices Analyst. Arslan is a professional market analyst and day trader. He holds an MBA in Behavioral Finance and is working towards his Ph.D. Before joining FX Leaders Arslan served as a senior analyst in a major brokerage firm. Arslan is also an experienced instructor and public speaker.
Related Articles
Weekly Outlook, Jan 25 - 29, 2021: Top Economic Events to Watch This Week
The broad-based U.S. dollar is going to end this week on the bearish track as traders continue to cheer the Joe Biden administration's inaug
2 days ago