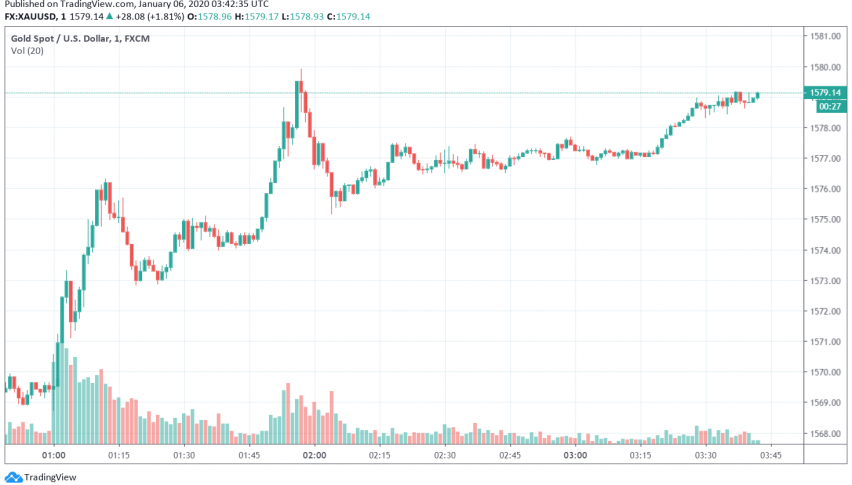 Gold prices have surged to a seven-year high in the wake of escalating geopolitical tensions in the Middle East after recent drone strikes by the US killed a top Iranian military commanded and a senior member of a militia group. At the time of writing, GOLD is trading at a little above $1,579.

Iran’s missile forces are in a state of heightened alert even as US President Donald Trump has threatened to impose sanctions on Iraq after it passed a resolution calling for removal of US and other nations’ troops from its region. The safe haven appeal of gold is shining through as a result of worries that escalating tensions could lead to a possible warlike situation in the Middle East.

Gold prices have now climbed to the highest levels seen since April 2013 and they are likely to remain supported over continued fears of further deterioration in US-Iran relations. The market sentiment is back to risk-off with safe havens soaring while equities have started the day in the red.