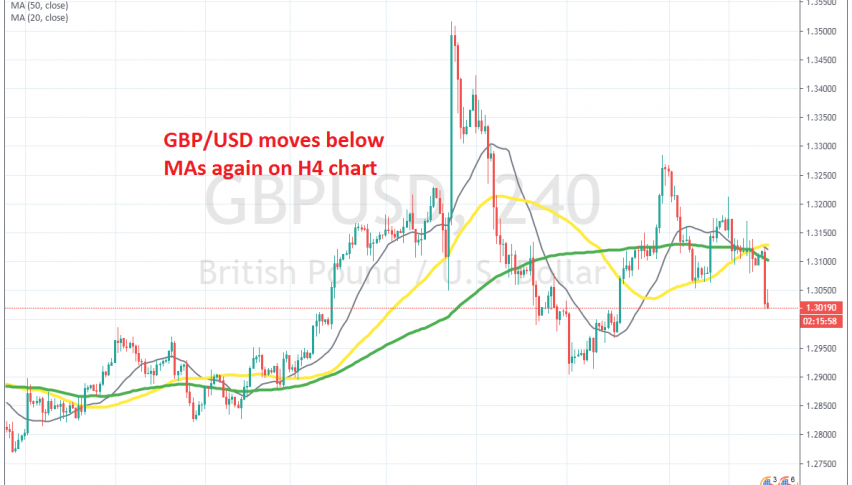 The GBP has been uncertain what direction to take this year. We saw a surge in GBP/USD after the UK elections, which gave a clear majority to UK conservatives. But, it retreated lower after traders realized that Brexit will go ahead and a trade deal with the EU will still be pretty difficult to read, especially when the time left is only a year, which is not enough.

The price slipped below MAs yesterday on the H4 chart, but was hanging around there, uncertain what to do next. But, this pair made a bearish move just a while ago after the Bank of England governor delivered a speech, as below:

Most of the comments here give away the dovish bias from the BOE. They were sort of neutral before elections, but the economy has weakened further despite Brexit uncertainties abating. I don’t know what rebound they were forecasting, because there has been no signs of it, it’s quite the opposite. Anyway, the GBP has declined, losing around 100 pips so far.

Is GBP/USD Resuming the Larger Downtrend After the Rejection at MAs?
3 days ago