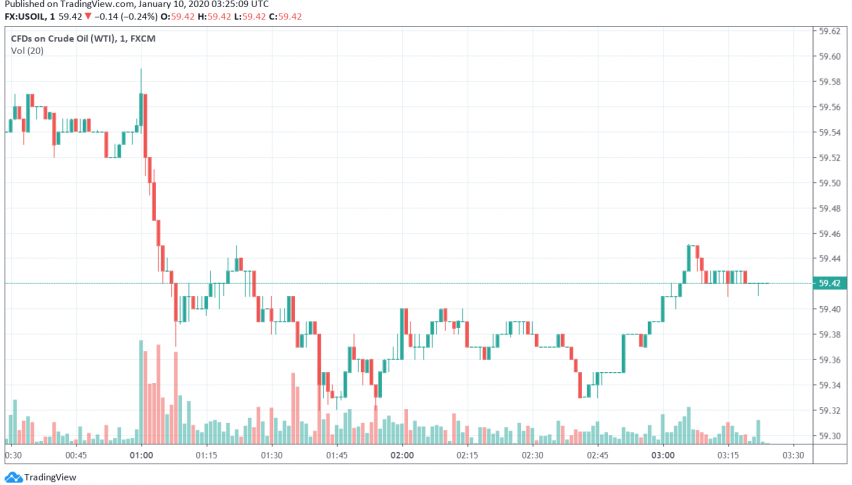 WTI crude oil prices continue to fall into Friday over the fading geopolitical tensions in the Middle East after the US and Iran appear to have dropped their plans for possible military conflict. At the time of writing, WTI crude oil is trading around $59.42 per barrel.

WTI crude oil appears all set to post a weekly loss of almost 6% for the first time in six weeks in the wake of dissipating threat of a war between the US and Iran. For several weeks, crude oil was trading bullish, buoyed by optimism of the US-China phase one trade deal and then over worries of escalating tensions in the Middle East following US airstrikes.

Crude oil prices have also been trading bearish following the release of the latest EIA report which revealed an increase in crude inventories in the US during the previous week. According to the EIA report, crude stockpiles climbed 1.2 million barrels higher last week to touch 431.1 million barrels, going against economists’ forecast for a 3.6 million barrel decline instead.