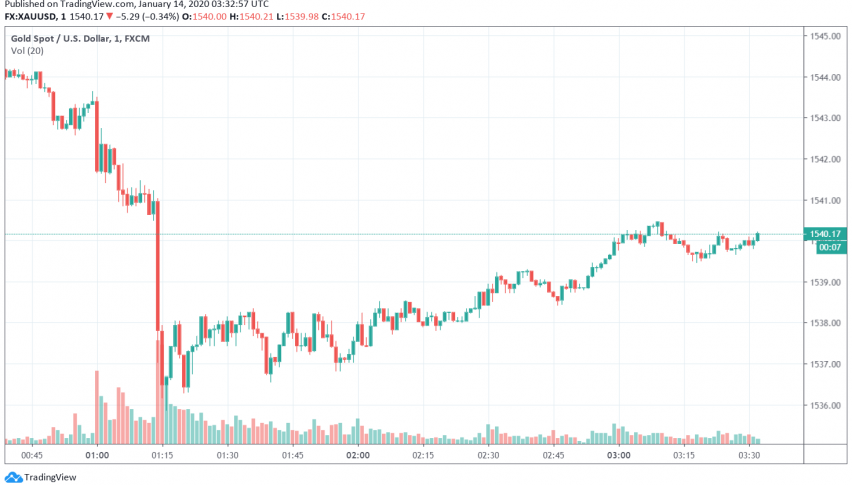 Early on Tuesday, gold prices continue to weaken as the market sentiment rises on hopes of the upcoming US-China phase one trade deal due to be signed tomorrow. At the time of writing, GOLD is trading at a little above $1,540.

The risk-on sentiment is back in global markets, denting the safe haven appeal of gold and strengthening riskier assets. In addition to the upcoming trade deal signing, gold prices are also declining as tensions between the US and Iran recede and the possibility of a military conflict wane.

Ahead of the signing ceremony, stock markets are also rallying towards record highs while the US dollar has also made some gains. Gold shares a negative correlation with the dollar, and the strengthening of the greenback has also driven weakness in the precious metal’s prices lately.

Last week, gold had rallied to above $1,600 per ounce over fears of the US and Iran nearing a warlike situation after US drone strikes killed a top Iranian military commander. Iran had retaliated by launching missile attacks against Iraqi military bases where US troops were stationed, sending markets into a tizzy. However, the sentiment improved after both nations signaled that they were not interested in pursuing military conflict.