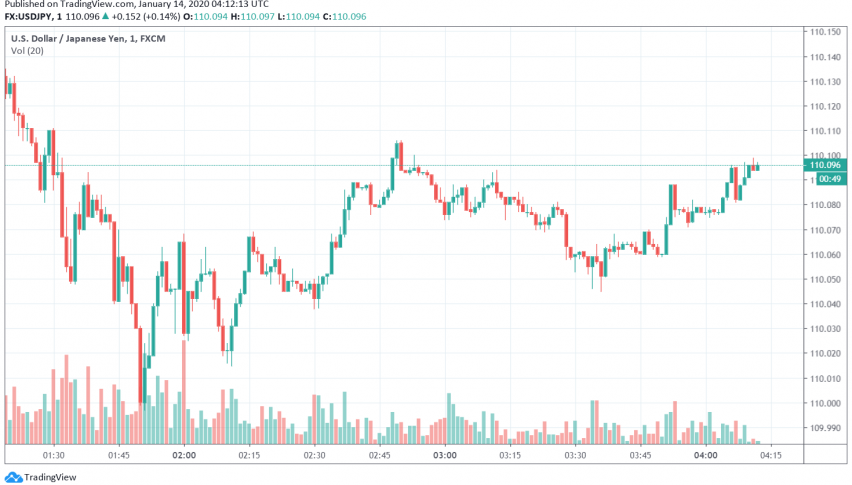 The Japanese yen has weakened to trade around an eight-month low against the US dollar over the increasing optimism about the signing of the phase one trade deal between the US and China. At the time of writing, USD/JPY is trading around 110.09.

The mood in the markets is upbeat as the US and China get ready to sign the partial trade deal which is expected to help resolve the trade conflict that has impacted economic growth not just in the two nations, but affected global economic growth as well. An improvement in the market sentiment has diminished the appeal for the safe haven currency Japanese yen.

The yen has weakened further after the US Treasury dropped the currency manipulator tag it had previously assigned to China at the height of the trade war earlier in 2019. This is being seen as yet another positive sign that the US is serious about working out its differences with China.

Since the beginning of this year, the Japanese yen has already lost around 1.3% of its value over rising hopes for the trade deal.