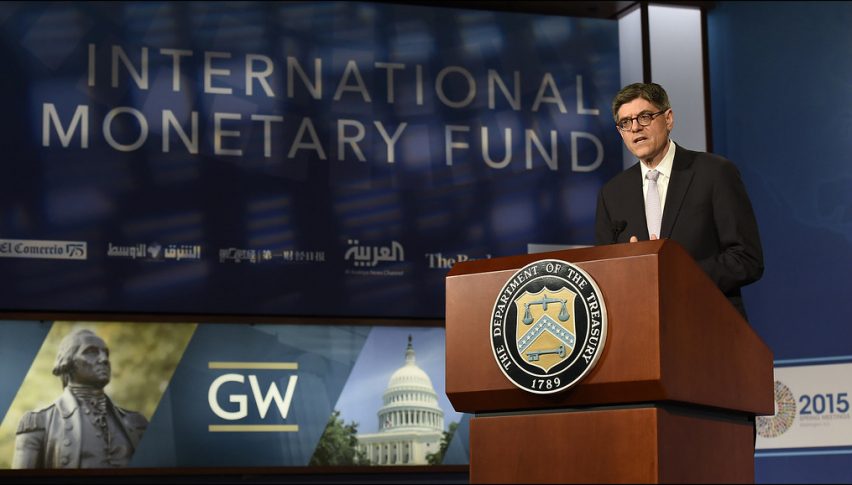 IMF sees a weaker global economy in 2020, mainly due to India

Financial markets have quietened down in recent days, after the tensions in the Middle East abated, following the hesitation from the US to strike back on Iran, after Iran attacked US military bases in Iraq, a bit more than a week ago. The WW3 was avoided; markets relaxed and have been in that mode since then. Today, the US is off for Martin Luther King Day, so markets have been pretty quiet once again.

The economic data was very light today as well, with only the German PPI inflation report being released int he European session, so no help from the economic calendar today. Although, the USD has continued to grind higher, after the bullish reversal last week. We heard some comments from the UK PM spokesperson, who said that UK will aim for a Canadian style trade deal with the EU, which could be done in a year and should have been good news for the GBP, and GBP/USD made a slight reversal after that. The IMF released their growth forecasts, which were revised lower, compared to October, which kept the risk off mood going. 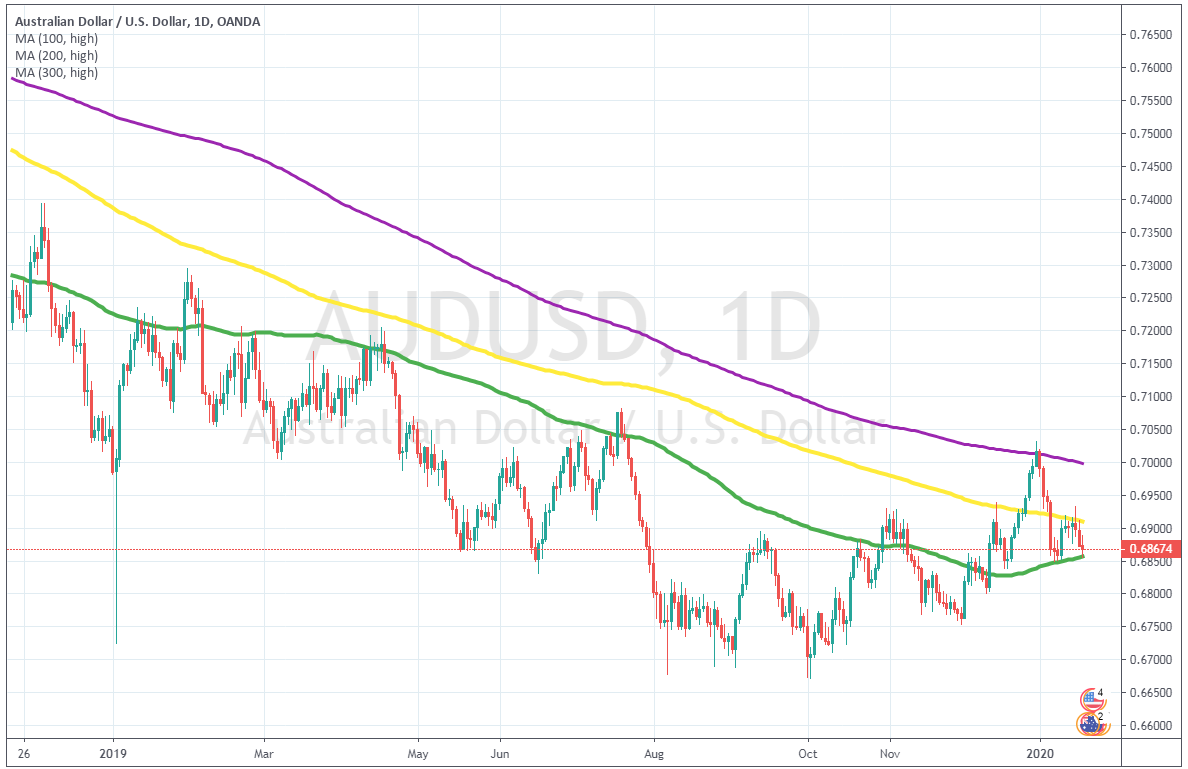 The 200 SMA has turned into resistance now

AUD/USD has been on a bearish trend for a long time, as the trade war escalated between US and China in the last two years and the sentiment turned negative. But, the sentiment improved since October, as China and the US agreed on a partial trade deal, which was signed off earlier this month.

As a result, we have seen a decent pullback higher on this pair since October, which was fueled further by some year-end cash flows, which went against the USD. But, once 2020 was underway, the sentiment turned negative due to the escalation of tensions in the Middle East, after US killed Soleimani and Iran retaliated be attacking US bases in Iraq.

Risk assets turned bearish and the retrace higher on AUD/USD came to an end. The climb ended right at the 300 SMA (purple) on the daily chart. The price slipped below the 200 SMA (yellow) but found support at the 100 SMA (green). AUD/USD bounced off the 100 SMA, but the 200 SMA seems to have turned into resistance again now. So, the retrace is over now and the larger downtrend is resuming again, but sellers need top push below the 100 SMA now.

Markets continue to remain relaxed and slow today as well, but the US being closed today has a part in it. The economic data from Europe was pretty light as well, so the price action has been slow all day and is expected to die down as European markets close. Although, the USD continues to make some slight gains.