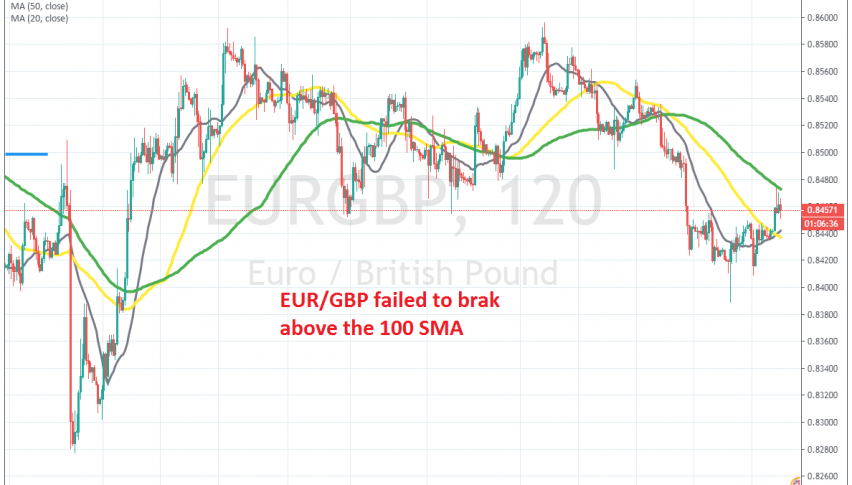 Yesterday we decided to open a sell forex signal in EUR/GBP . This pair turned bearish about two weeks ago, as the Euro lost the appeal on coronavirus outbreak in China, while the GBP kept trading Brexit comments. The decline picked up pace last week and this pair lost around 200 pips from top to bottom during the decline.

The 20 SMA (grey) turned into resistance during the fall, but yesterday the 50 SMA (yellow) was doing that job, as the price moved above the 20 SMA. The 50 SMA rejected the price initially in the first attempt and we decided to go short below that moving average.

There was some hesitation around there, as the price was being squeezed between the 20 SMA and the 50 SMA and the breakout happened to the upside earlier today. But, the climb stopped right at the 100 SMA (green) on the this chart and it is reversing down after forming a reversing candlestick.

So, the 100 SMA has turned into resistance now and the price is declining, which is good for our live signal in this pair, although let’s see if the bearish trend will resume properly.