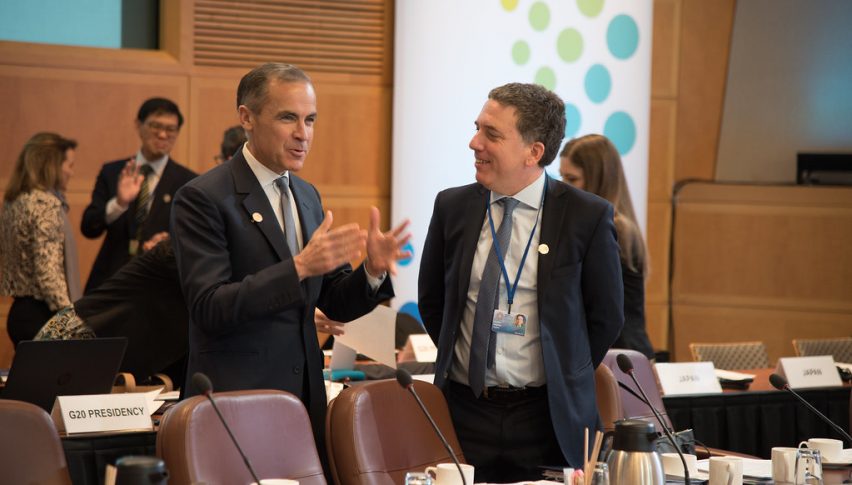 The main global events have been driving market around this month, like the global economic slowdown, the trade war, Phase One deal between US and China, tensions between US and Iran, Brexit, other geopolitical tensions such as the attack on Saudi Arabia’s Oil producing facilities. Speaking of the last event, crude Oil jumped higher yesterday after reports of the attacks, but that was not anything major and crude Oil has resumed the bearish trend. But, today markets concentrated on economic events, such as the Bank of England meeting and the GDP release from the US for Q4 of 2019.

Markets were expecting a dovish BOE, after the general elections in the UK in December, with odds of a rate cut this time were 50/50. But, the BOE surprised us, leaving rates on hold and sounding less dovish than expected and BOE governor Mark Carney made some optimistic comments as well. Now the odds of a rate cuts have been pushed back for August and GBP/USD has turned bullish. The US economy grew by 2.1% in Q4 last year, as expected, but the details of the report were softer. 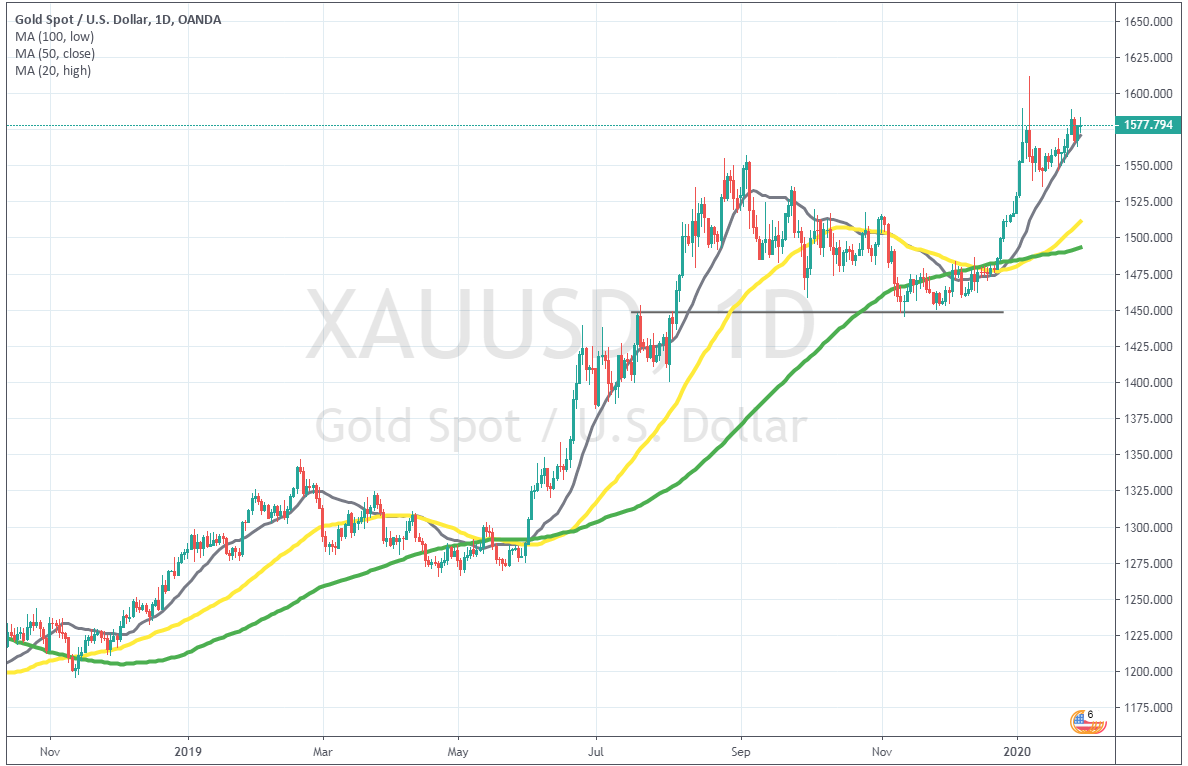 The pullback lower ended at the 20 SMA

Gold has been mostly bullish in 2019 as the sentiment has been mainly negative, due to an escalating trade war and a slowing global economy. This year the bullish trend resumed again and we saw some major moves to the upside, especially as tensions between US and Iran increased in the Middle East. We did see a pullback down in the last few months of last year, as the sentiment improved due to the Phase One deal prospects between US and China. But that pullback ended at the previous resistance at $1,450, which turned into support.

Tensions decreased after the US didn’t follow through after Iran’s attack on US military bases in Iraq. As a result, Gold retreated lower, but it still remained above the 20 SMA (grey) on the daily chart and once that moving average approached close enough, buyers became confident and the upside momentum resumed again. The outbreak of the corona-virus in China turned the sentiment negative again in financial markets and fear turned the attention to safe havens again. As a result, the bullish momentum gained up pace and this time the climb continued, with the 20 SMA pushing Gold higher, The sentiment is expected to be negative and Gold should remain bullish in the meantime.

The US GDP report for Q4 of 2019 showed that despite the economy keeping up the pace from Q3 of last year, which wasn’t that great. But, inflation numbers were soft, which has pushed up GDP above expected, so nominal GDP was soft. The USD has turned slightly bearish now, while the GBP has turned bullish after the BOE didn’t sound like they want to cut rates anytime soon.