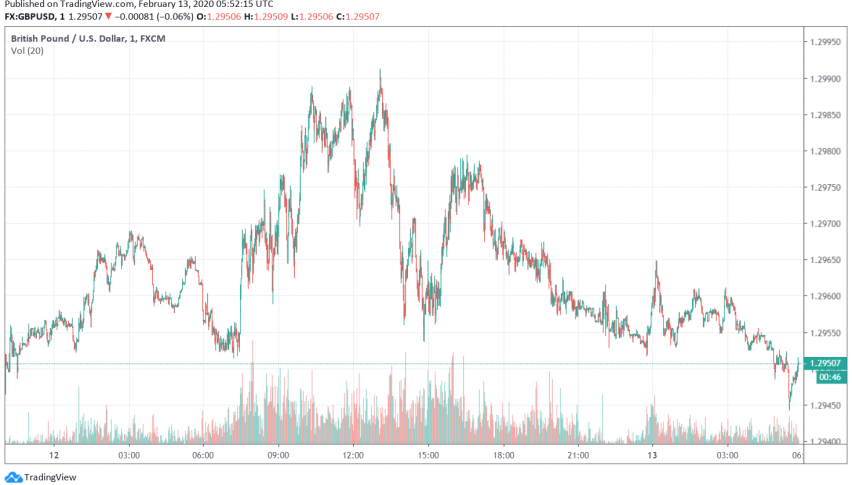 The Pound continues to trade around two-and-a-half month lows against the US dollar, edging lower once again a brief uptick in the previous session, as markets worry about the progress in Britain-EU negotiations. At the time of writing, GBP/USD is trading at around 1.295.

Markets expect the Sterling to remain bearish for some time until both regions are able to make headway in their discussions towards finalizing a post-Brexit trade deal before the end of the transition period on December 31. Fears of a no-deal Brexit are on the rise once again as UK PM Boris Johnson insists on taking a hard stance and the EU looks unwilling to relent on issues as well.

Earlier this week, British Finance Minister expressed interest in maintaining a long-term, stable relationship with the EU, but his comments were promptly shot down by the EU refusing to compromise on its single market status.

With talks just about getting underway, Britain has already accused the Union of being too tough on it as it tries to impose strict conditions post-Brexit. Meanwhile, members of the European Parliament are insisting that the UK continue to follow EU’s rules in multiple areas if it wants a free trade agreement to come into effect starting 2021.

The First Test for GBP/USD Bulls, As They Face the 20 Daily SMA
2 days ago