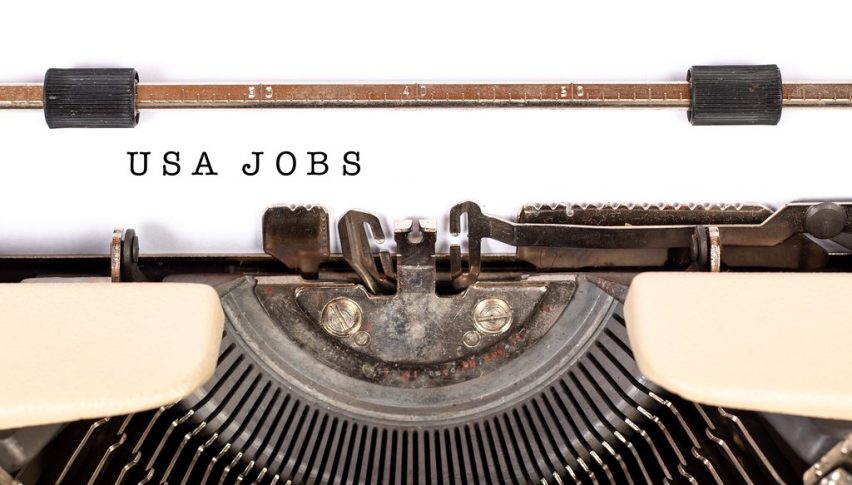 The employment report for February was pretty decent

After a short lived stabilization in the risk sentiment in financial markets on Wednesday, yesterday the sentiment turned sour again and the decline is risk assets resumed. Stock markets turned bearish again, while safe havens surged higher. Today the situation is getting worse, as we head towards the weekend and traders fear a major outbreak in coronavirus cases over the weekend. China is making some positive commemts, saying that they are close to “easing restrictions” on Hubei, but if the virus spreads further across the globe, then the global economy might fall in contraction/recession, even if things improve in China. But, no one believes the Chinese officials anymore, surely not markets.

Treasury yields capitulated, which weighed heavily on the USD too. EUR/USD has been climbing for two weeks now on USD weakness and today ti climbed for another 150 pips. Commodity Dollars also joined in taking advantage of the weak USD, as markets price in fully another 50 bps rate cut on this month’s meeting by the FED. FED’s Bullard did say not to look too much into that meeting, but markets don’t believe him either now. SO, the great employment report, with unemployment ticking lower and new jobs jumping higher, didn’t help the USD much. Elsewhere, OPEC was meting in Vienna today. They were hoping for a massive cut of 1.5 million barrels/day, but Russia didn’t agree, so no deal was made and crude Oil continued to tumble lower. 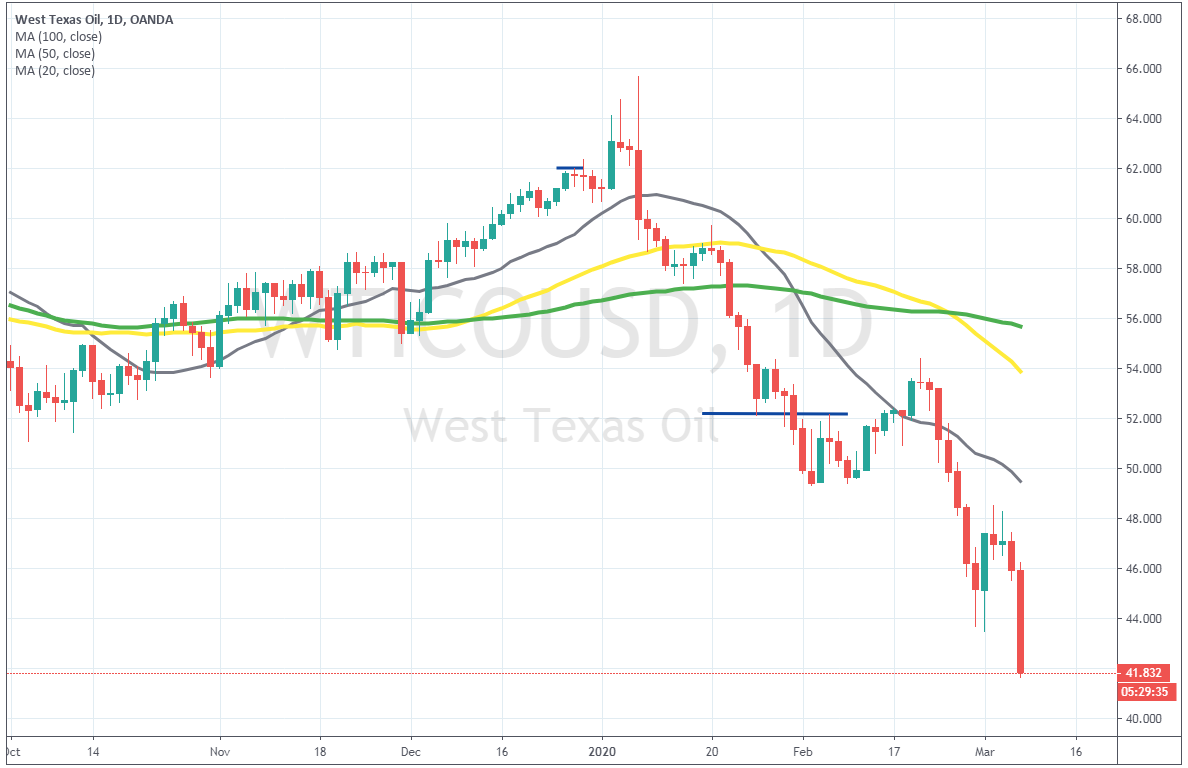 Crude Oil made a massive bearish reversal in the second week of January, as tensions between US and Iran decreased and the spike in crude Oil ended. Coronavirus exploded in China during January, after being hiden for more than a month and the sentiment turned massively bearish for risk assets such as crude Oil. But hey, it’s China.

As a result, WTI crude Oil has lost around $24 in about two months.  We saw a retrace higher in the first half of February, as the virus was being contained mainly in China. But, the virus jumped to Italy and crude Oil resumed the bearish trend, after forming an upside-down candlestick.

The price moved clearly below the $50 level and after a retrace higher early this week, as OPEC was planning to cut the output ba a massive 1.5 million barrels/day, the downtrend resumed. OPEC failed to reach an agreement today, as Russia didn’t agree, so the bearish move continues, and now crude Oil is heading for $40 and probably below. So, we will try to sell pullbacks higher on smaller time-frames.

The sentiment turned even more negative today, as central banks and governments across the globe panic. Traders panicked even more, thinking that the virus might turn into a pandemic over the weekend, or major moves from governments and central bankers. So, they are dumping everything, although so far there’s no need for great panic I think.