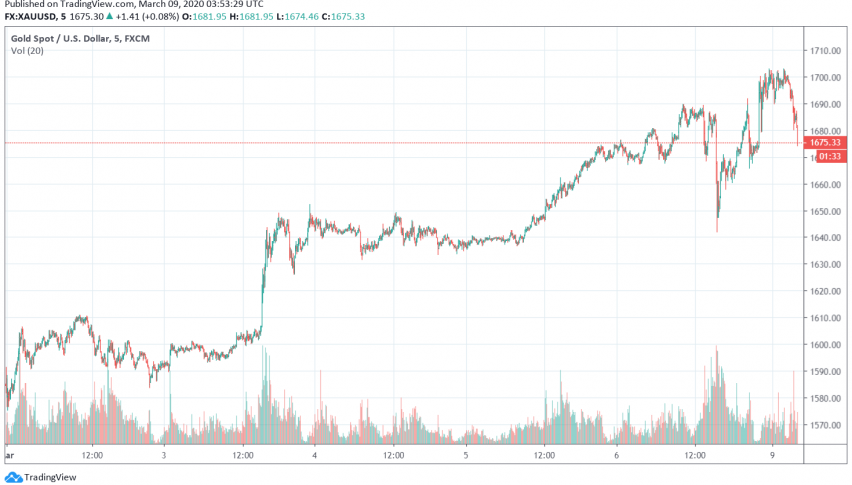 At the start of a brand new trading week, gold prices shot past the key $1,700 level for the first time in over seven years over rising fears of the coronavirus outbreak even as Saudi Arabia stunned oil markets with its decision to increase crude production from April. At the time of writing, GOLD is trading at a little above $1,675.

The safe haven appeal of gold surged as Asian stocks fell lower as a result of the continued risks of the coronavirus outbreak while futures contacts for SPX declined by more than 4% in off-hours trading over the weekend. In addition, the sentiment in global markets has soured further during the Asian session after the Japanese economy contracted by more than economists’ forecasts during Q4 2019, raising the risks of recession.

Over the weekend, Saudi Aramco announced that it would increase crude production and cut selling prices starting in April, sending crude oil prices as well as commodity currencies on a bearish slide, further boosting the risk-off sentiment in markets. Gold prices were also boosted by economic data from China which revealed a steep contraction in Chinese exports as well as a decline in imports during January and February 2020 as a result of the coronavirus.

The latest data indicates that the Chinese economy is likely to have contacted at a faster pace than previously estimated.