Forex Signals US Session Brief, March 13 – Central Banks and Governments Are Throwing the Kitchen Sink at the Economy, on Coronavirus Panic - Forex News by FX Leaders 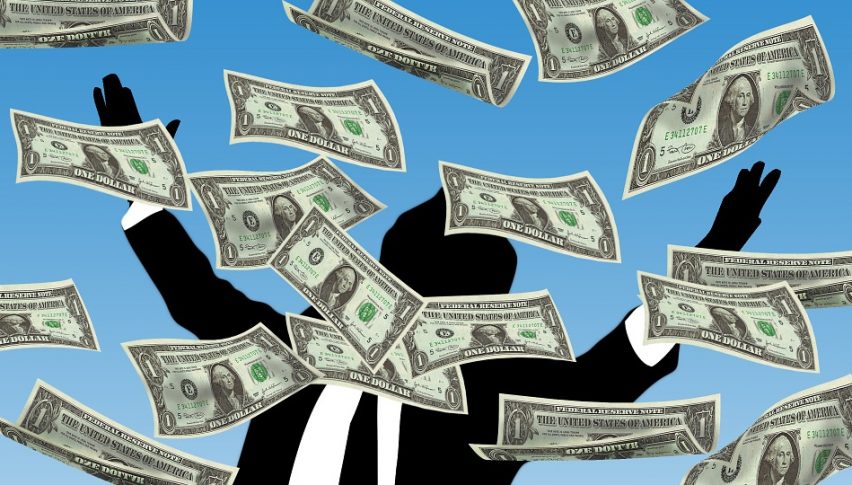 Forex Signals US Session Brief, March 13 – Central Banks and Governments Are Throwing the Kitchen Sink at the Economy, on Coronavirus Panic

Free cash for everyone, but no one's working

In the last few weeks, the sentiment has turned immensely negative in financial markets, as coronavirus spread outside of East Asia. Central banks and governments are panicking now, losing their purses, closing borders and shutting down countries to stop the virus spread. That begs to question, wouldn’t it work better if they closed their borders earlier, or if they just closed the border with China, like everyone until China brought the virus under control, which they have. By now, the coronavirus would be history if they sealed off China in early January.

But, here we are, all isolated in our homes and now governments and central banks are throwing the kitchen sink into the economy. Central banks took further action today, to ensure liquidity and market calm. The BOJ stepped in with bond/ETF purchases, Norges Bank cutting rates, Riksbank providing funding measures and the PBOC also cutting RRR rates. The ECB increased QE yesterday, while today they promised to offer more if the situation worsens, while the EU is looking to start a fiscal programme. Nonetheless, the ECB is expecting the Eurozone economy to shrink by 0.1% this year, although no one can predict anything right now. If the virus spreads in Europe as it has done in Italy, then no one can really tell the end of this rabbit hole. 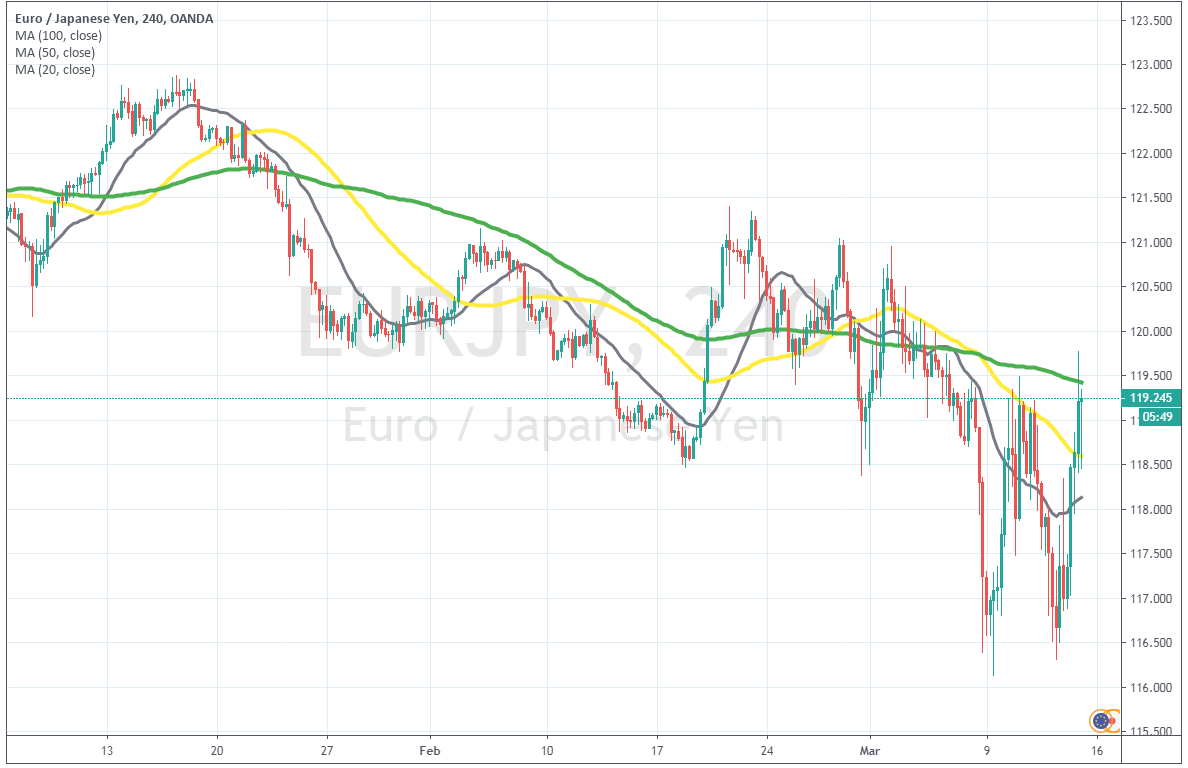 EUR/JPY has been bearish for a long time, since the Euro has been declining everywhere, as the Eurozone economy weakened last year. This year, the spread of coronavirus has hurt risk currencies further, while safe havens such as the JPY have gained pace. As a result, EUR/JPY made some strong bearish moves this month. But, we have seen two very decent pullbacks higher on the H4 chart, once last wek as EUR/USD surged higher for no reason and once this week, as the safe havens are retreating lower, also with no particular reason, because coronavirus hasn’t matured yet.

Today we saw another bullish move in this pair, as USD/JPY is heading towards 108, but I think that this is just a dead cat bounce, because the virus is still spreading and governments are shutting down life one after another. But, the 100 SMA seems to be holding as resistance, so we decided to open a sell signal, just below that, targeting 107 and with a stop above last month’s high.

More countries are shutting down parts or the entire of their economies, but safe havens turned bearish suddenly. Many countries seem in panic now, apart from the UK where people are continuing life as usually and not even using some precautionary measures, like masks or gloves. But, the bounce in USD/JPY won’t last too long I think.

Are The Tides Turning For Ripple (XRP) Vs The SEC?
5 hours ago