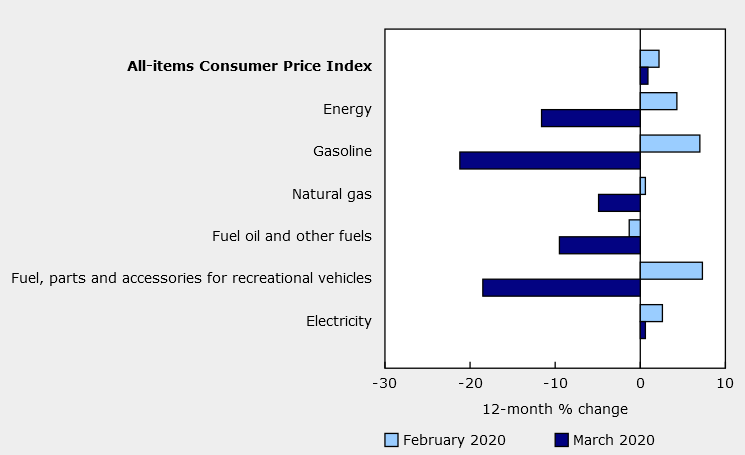 The Biggest Decline Ever in Canadian CPI Inflation in March

Inflation report from Canada for March

The inflation report from Canada was released a while ago. As coronavirus spread in North America last month, the shut-down followed, which has been hurting the economy enormously. Last week’s unemployment claims report showed a record increase, surpassing that of the US, adjusted for the population of Canada.

Inflation was expected to turn negative in March for the first time since November last year and it did. But the decline was bigger than expected; in fact, this was the biggest decline in record, since they started in 1992. Below is the CPI report for March:

Buying USD/CAD at the 100 SMA, as Canadian Inflation Cools Off
19 hours ago