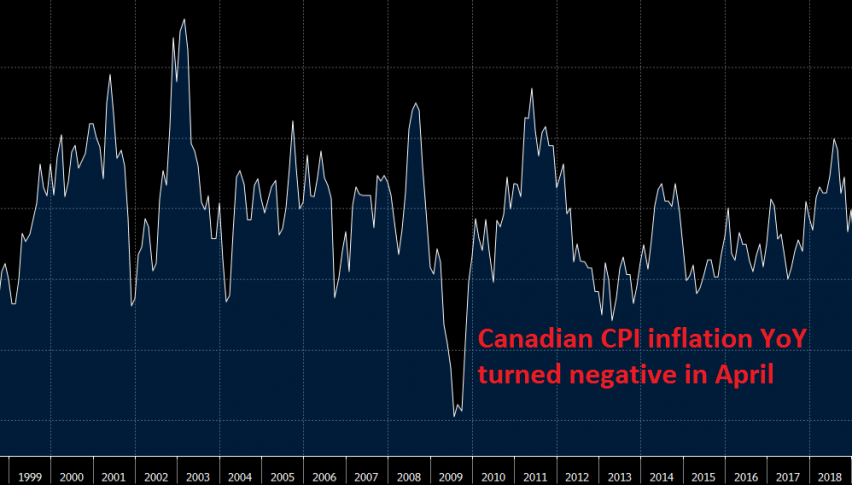 Inflation Declines for the Second Month in Canada

This is Canada’s first dip into annual deflation since 2009, but the rebound in energy prices in May might reverse that in next month’s report. We’re not really going to get a sense of the price of anything for a few more months until the economy reopens and we find out what kind of new normal we’re living in.

This is the first decline following three months of gains, but it won’t be the last as April data will undoubtedly drag down sales far further. The decline was expected to be bigger though, at -4.8%, but sales fell by 2.2% instead and the decline should be bigger for April, when the report comes out in a month’s time.