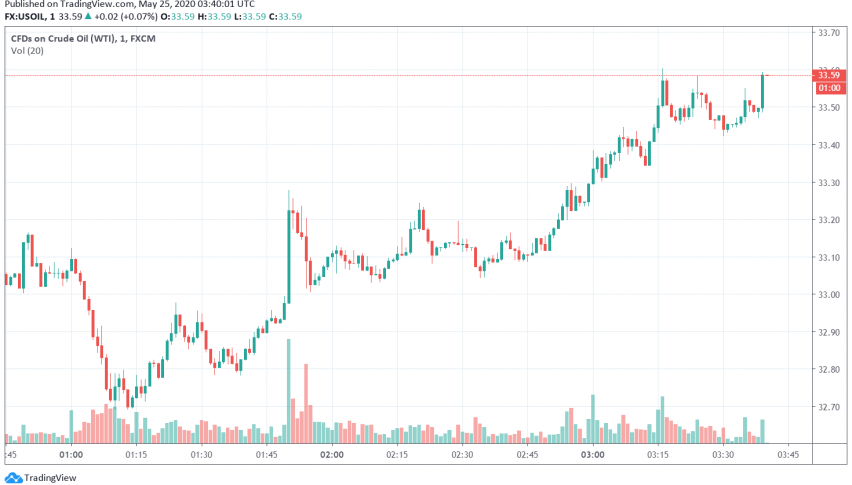 At the start of a brand new trading week, WTI crude oil prices are trading cautious over rising worries about US-China relations souring on the back of China’s plans to impose a national security law on Hong Kong and the US’s consequent threat about retaliating with sanctions if this happens. At the time of writing, WTI crude oil is trading at around $33.58 per barrel.

The past few weeks had boosted the market sentiment over expectations of economies reopening and helped crude oil prices strengthen as traders hoped for improvement in oil demand as a result. Oil markets were also buoyed by implementation of deeper supply cuts by leading oil producers, which helped stabilize the demand and supply of oil.

However, US-China tensions are back in focus and getting worse after the US accused China of mishandling information related to the pandemic. Relations threaten to worsen between the two world leaders after China considered imposing a national security legislation on Hong Kong, which the US countered by stating that such a move could worsen the fragile ties between them.

The news which developed late last week led to fresh protests in the city state, which required police intervention to dissipate. Thousands of protestors gathered in the streets of Hong Kong against China’s plan, sending the markets into a risk-off mood at the beginning of a new week.