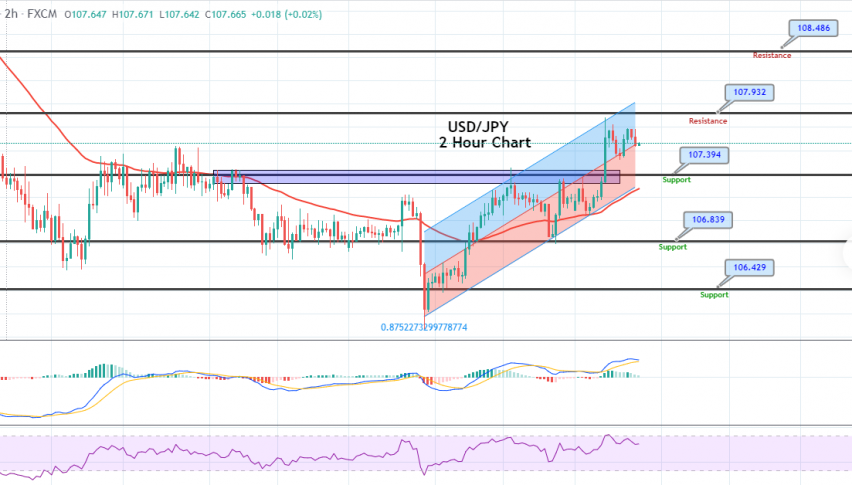 The USD/JPY rose further, to 107.73. This morning, official data showed that Japan’s industrial production declined by 8.4% in the month of May (-5.7% expected), while the unemployment rate rose to 2.9% (2.8% expected) from 2.6% in April. On the trade deal front, China’s purchases of US goods increased last month, as the economy began to recover from the coronavirus-induced lockdown crisis. However, imports are still far behind the limit fixed in the phase-one trade deal.

By the end of May 2020, China had only bought about 19% of the total target purchases of more than $170B in goods. This suggests that $139B worth of purchases still remain to be made by the end of 2020, according to the terms signed in January, under the phase-one trade deal agreement. China has vowed to fulfill its promises, made according to the deal, and it has decreased the fears that the US-China deal could result in a cold-war. The rising trade optimism also helped increase the risk sentiment in the market and raise the USD/JPY pair on Monday.

However, the rising geopolitical conflicts between India and China, and the US interference in the matter, due to the aid given to India against China, caped the additional gains in USD/JPY and dragged the pair down from its daily high of 107.882. The rising number of coronavirus infections across the United States and many other countries also raised the US dollar’s safe-haven status, with the sentiment that it could hurt the economy even more if the second wave of the spread of the virus increased. This also encouraged the upward direction of the USD/JPY on Monday.

AUD/USD Extended Gains Towards 0.6940 – Risk-On Market Sentiment in Play!
2 days ago
List of US Companies Releasing Earnings (EPS) Today
A growing number of leading Wall Street analysts to predict that 2020 will be the year to represent their American counterpart for the...
2 days ago
Comments