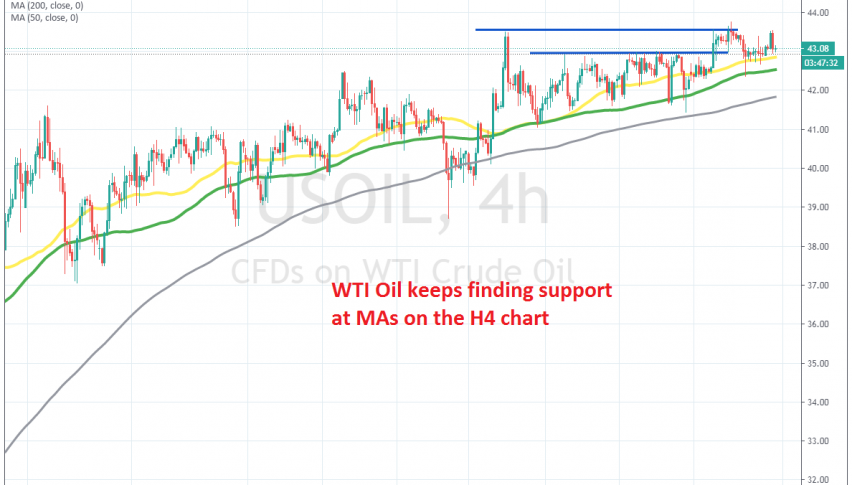 The trend is bullish as long as MAs stay below

Crude Oil has left behind the worst time in history, when it fell to -37.50 in April, as Saudis unloaded large parts of their Oil reserves. But, US WTI crude Oil made a reversal on April 20 and it has been bullish since then, although the pace of the uptrend has slowed considerably in recent months.

WTI crude Oil made a high at $43.50 in the first week of August, but retreated lower and the $43 level remained as resistance until last week. During this time, moving averages have been doing a great job in providing support during pullbacks lower, thus pushing the trend higher.

Last week, both resistance levels were broken as the hurricanes approached the US, sending the price inching closer to $44. But the damage wasn’t too great in lived and property, so the South coast is turning back to normal. Nonetheless, moving averages are still holding as support for Oil. We might open a buy signal at the 100 SMA (green) on the H4 chart, but the upside momentum is getting weaker, so we’ll think it well before buying.